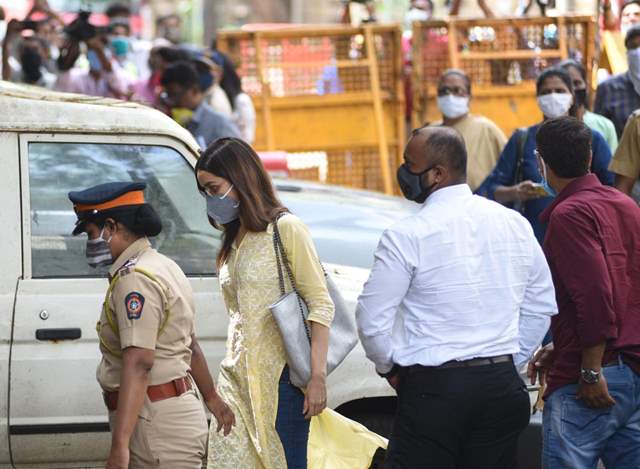 Shraddha Kapoor was snapped outside the Narcotics Control Bureau guest house for questioning in connection to the drug angle that is being probed with regards to the Sushant Singh Rajput's death case. Summons were sent to the likes of Shraddha, Sara Ali Khan, Rakul Preet Singha, and Deepika Padukone.

As per the reports on Times Now, Shraddha is also going to be asked about how many phones does she have and what is her number, among other things. As is known, Deepika is already at the NCB office and reports have it that she is being interrogated by a team of 5 members.

Rakul was interrogated by the NCB yesterday for a couple of hours and reports in Times Now claimed that she did confess to having the chat regarding drugs with Rhea Chakraborty. However, she denied ever having consumed any narcotics substance during the interrogation.

After Deepika and Shraddha, Sara is also expected to arrive at the office soon.