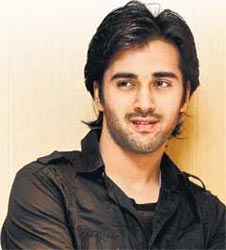 The shoot of COLORS' Fauji 2, produced by Red Chillies Idiot Box has been temporarily stalled, as the unit did not get adequate permission to shoot at the Indian Military Academy (IMA), Dehradun.

According to our source, "The production house and channel had got permission initially to shoot at the IMA, Dehradun. But the Government canceled the permission, owing to the terrorist threat looming large in the area".

As per the concept of Fauji, it is a prerequisite that the show needs to be shot at the Defence Academy. "Hence, the unit has returned to Mumbai, and is waiting for the Government to give them a green signal to resume shoot at the Academy", adds our source.

However, creatives of Red Chillies when contacted, rubbished the news of such a development.

We tried calling Pulkit Samrat, who essays the protagonist in the show, but he remained unavailable.

Fauji 2 was expected to launch in early 2010, but this delay in shoot might further affect its launch.

11 years ago I really hope this show starts...miss you Pulkit.

+ 4
11 years ago I was really looking forward to this show.. I wonder wat happened

+ 4
11 years ago What happened with fauji? is it still coming on air in future?

+ 2
11 years ago Pulkit hope you come back soon. Miss you so much and i really wish that you can do fauji

+ 6
11 years ago Pulkit you rock.! miss u sooooo much come back on screen