Mehndi Hai Rachne Waali featuring Shivangi Khedkar and Sai Ketan Rao in the lead roles, has been doing very well with the fans and continues to garner a lot of attention. The track ahead has gotten extremely interesting and has grabbed a lot of eyeballs in recent times. India Forums spoke to Shivangi about the stereotypes and dramatization that we see on Indian television and what she has to say about it.

Ask her if she feels any sense of conflict while performing scenes and how does she deal with it, she says, ''That happens a lot of times on a serial's set because you get the screenplay a day before and then you are performing it the next day. Of course, there will be flaws and you'll be performing certain scenes and you have to deal with it. But what I do is I come and go to my director and I don't move until he gives me a motive as to why something is happening, even if it is something as simple as a woman picking a cup. So that's how we improvise a story or add on some things and make it convincing for us, so yes, my directors help me out with those things.''

We also spoke to her about how any show starts off with a certain story, and highlights women, however, new things do keep adding on. About that, she said, ''So what is happening right now is that there are simultaneous stories running, but definitely, Pallavi has grown now. She always used to talk for herself, not see any injustice happening but now, it is more about her and she has realized that she has to live a life, she has a husband, who is somewhat the way he is, but she is still keeping calm and she is going against her parents if need be when something is wrong, so I think Pallavi is growing. I have no complaints with the character right now, but when doing a serial, there are certain things you want. If I was writing a show, I would be selfish and write it about myself but there are so many people and they need to be present and that is fair. People will love to see what Keerti is doing or what Mansi is doing. TV serials are a place where female leads are given chances and they are given importance, and it is only fair.'' 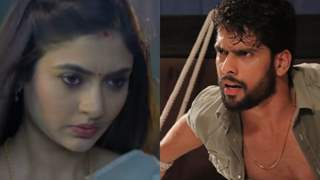 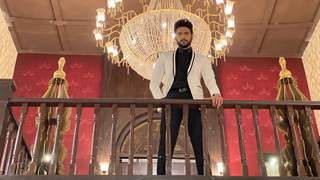 Sai Ketan Rao: Now it is both Raghav and Pallavi, so a lot will change ...

Forlife 2 months ago Shivangi Khedkar has been portraying the character Pallavi brilliantly. Her passion for delivering the character's arc is really commendable.👏👏Girl is on a roll to keep us hooked to the show.👍👍

2 months ago It's great to know that she is so passionate about her character that she finds motive behind each and every action of PallaviMore power to Shivangi!!!

2 months ago Pallavi's character comes as a breath of fresh air among all the stereotypical ones we have had to endure on ITV. She has grown & matured & it can be clearly seen in Shivangi's brilliant acting. Even Keerthi, Amrutha & Mansi have their own spaces & I like how CVs are trying to do something different :)

2 months ago Shivangi Khedkar as Pallavi puts an amazing performance in MHRW. her pairing with Sai Ketan Rao as Raghav and the way she stood up for Raghav and their jodi RaghVi is something I love about her

+ 4
2 months ago Shivangi Khedkarv is Flawless as Pallavi her eyes convey all the emotions without any ease Her Character Pallavi will be remembered forever... The growth of this character is so realistic according to nature of the Pallavi

2 months ago Absolutely floored by Shivangi Khedkar's performance as Pallavi in Mehndi hai Rachne Waali. She can emote so well without going overboard with her expressions and body language.Would love to see her in more projects and meatier roles.

2 months ago Shivangi Khedkar is doing a tremendous job as Pallavi in Mehndi hai rachne wali. I like the way she says that all have to be given importance in a show.

+ 3
2 months ago Just like Mansi was cutely applying nail paints and Keerthi prepared food for her Amma. Yes the shades in these characters are quiet clear. Pallavi no doubt has and is continuing to grow stronger day by day. She can now differentiate between dirt and diamond and that is a huge progress. Love your skills Shivangi Khedkar