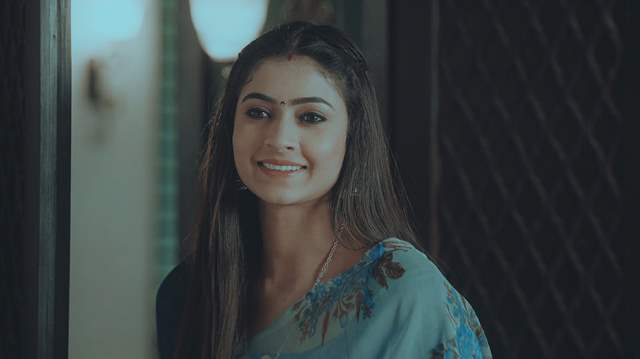 Mehndi Hai Rachne Waali on Star Plus has been grabbing a lot of attention from the fans for the longest time now. However, after all the constant rumours about the show going off-air, the show will indeed come to an end in the month to come, marking in last episode on November 27. The show features Shivangi Khedkar and Sai Ketan Rao in the lead roles as Pallavi and Ragahv, respectively.

A while ago, India Forums had gotten talking to Shivangi about how there's a rage about the show online, but the same has not translated into numbers, and what she thinks about it. She told us, ''I think there are so many things, there's social media which gives away all the dramatic scenes out, we are trying our best to get people on TV but we are still struggling with social media, with people putting everything on social media and not seeing anything on TV, reels, etc. But no complaints, this is the love of people, but I do urge people to go watch the show.''

She added, ''I am more about tell me more of what's going wrong with the scene, I know people are appreciating it but I want to know what is working and not working. I need a critique basically, that's my thing. Nevertheless, TRPs do matter in the show, no matter how much it's about 'I'm going to perform well. In the end, it's all about TRPs and we are trying our best.''

As for the ongoing track on the show, it looks like something has been cooking between Esha and Sunny, and despite their attempts to sideline her, she will come through in the episode ahead.

2 months ago SaiShi Rocks..terribly going to miss The Show. E was bad luck

2 months ago Shivangi and sai are good actors. They will move on to bigger and better things

2 months ago U will be missed as Pallavi. Shivangi and Sai lived their respective characters and kudos to them for doing so well in their very 1st outing in the hindi entertainment industry. All the best for your future projects. I'm sure u will outshine in whatever u choose to do next.