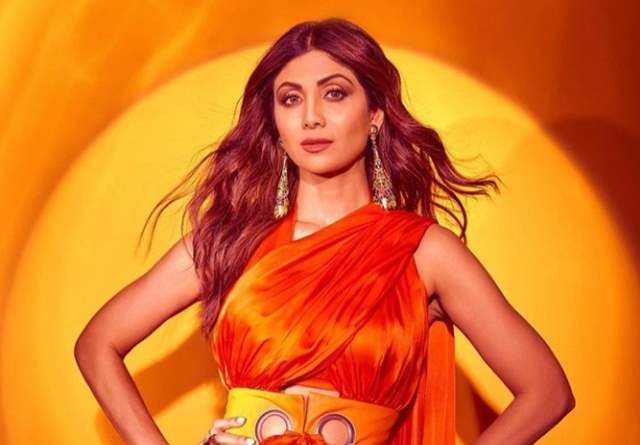 Actress Shilpa Shetty, wife of businessman Raj Kundra, who was arrested for making an adult film, was seen bringing an idol of Lord Ganesha to her house like every year.

The actress who is surrounded by grief ahead of Ganesh Chaturthi, was seen welcoming Ganpati Bappa with a smile.

When Shilpa was taking the Ganesh idol home, she was seen giving a happy pose for the paparazzi. She looked completely engrossed in herself welcoming Lord Ganesha enthusiastically.

The actor made her way to Lal Baug, in South Mumbai, to bring home an idol of Lord Ganesha on Wednesday.

Shilpa was dressed in a floral kurta and pyjama. She wore a pair of sunglasses and covered her face with a mask. She removed her mask to pose for the cameras before she made her way out to place the idol in the car's boot. Shilpa was accompanied by a friend. 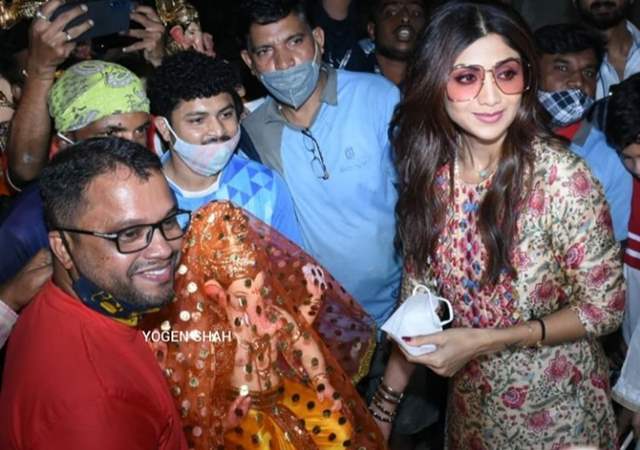 Meanwhile, Shilpa Shetty has been able to return to her normal life after the arrest of her husband Raj Kundra.

She has also appeared as a judge on the sets of a dance reality show.

Raj Kundra was arrested on July 19 as he was identified as a 'principal conspirator' in the adult film making case.

After Raj's arrest, Shilpa Shetty broke her silence by issuing a statement on behalf of the family.

She urged everyone to respect her family’s privacy. “MY STAND… I HAVE NOT COMMENTED YET and will continue to refrain from doing so on this case as it is subjudice, so please stop attributing false quotes on my behalf", she said.

Shilpa shetty's sister Shamita Shetty will be skipping the celebrations as she is a participant in the Bigg boss OTT house.

Shilpa Shetty was last seen in the film 'Hungama 2' opposite Paresh Rawal. She will next be seen in 'Nikamma'.

1 months ago thank God the case has ended and all back to normal...her husband is indeed innocent...how could these authorities frame an innocent man and hound him ..so cheap....thank God Shilpa mam is back and all knows her innocence