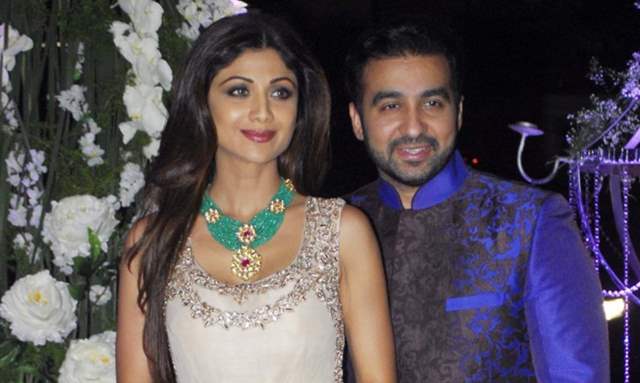 Actress and Raj Kundra’s wife Shilpa Shetty has finally made her first social media post amid the ongoing controversy against her husband, who was arrested in a pornography case.

For the uninitiated, Raj Kundra was arrested on Monday night in a case related to the alleged creation of pornographic films and publishing them through some apps. According to the official statement by Mumbai Police, he appears to be the ‘key conspirator’ in the case.

Amid the entire ordeal, Shilpa had planned to maintain social media silence and the buzz is she even cancelled interviews for her upcoming film Hungama 2.

However, on Thursday night Shilpa took to her social media handle and shared a picture from a book’s page that highlighted James Thurber’s quote which read, “Do not look back in anger, or forward in fear, but around in awareness.”

“I take a deep breath, knowing that I’m lucky to be alive. I have survived challenges in the past and I will survive challenges in the future. Nothing need to distract me from living my life today," read the quote on Shilpa Shetty’s latest Instagram story. 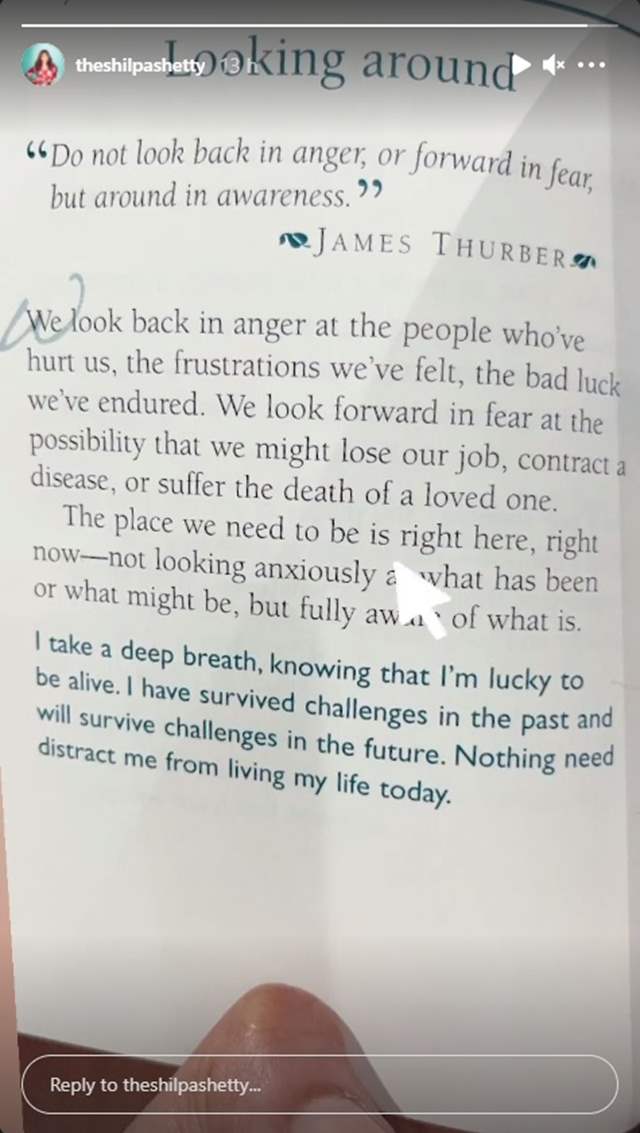 While many have questioned Shilpa Shetty’s involvement in the ongoing case, Mumbai Police issued a statement on Wednesday, July 21. Cops ruled out the actress' involvement and haven’t found any evidence about her.

Joint Commissioner of Police (Crime), Milind Bharambe shared in a statement, “We have not been able to find any active role (of Shilpa Shetty) yet. We are investigating. We will appeal to the victims to come forward and contact the Crime Branch Mumbai and we'll take appropriate action.”