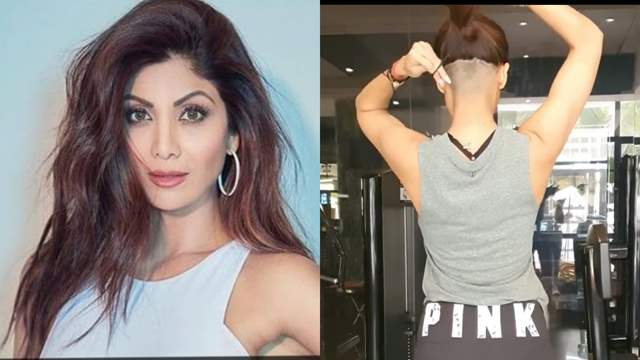 Shilpa Shetty took to her Instagram handle to show off her new hair makeover and it is sure to leave you amused!

Sharing a video with her fans , Shilpa revealed that she got an undercut done and it took a lot of gumption for her to get it done.

In an Instagram reel shared on Monday, Shilpa stood in her gym and was styling her hair into a messy bun when she revealed her new hairstyle.

She wore a grey tank top and a pair of track pants. The video also showed her warming up for a workout session.

She captioned the video,

"You can’t live each day without taking risks and without getting out of your comfort zone: be it going for an Undercut buzz cut (which took a lot of gumption, won’t lie) or performing my new aerobic workout: the ‘Tribal Squats’. It works on all lower body muscles, shoulders, arm-&-leg coordination, speed & agility, and most importantly - on our brain & body. The routine entails doing 4 sets of 60 seconds each with only a 30-second break in between each of them. Put in the effort consistently to see the difference because like they say, “No Guts, No Glory!’'

Shilpa was all over the news after her husband Raj Kundra was arrested in a pornography-related case. He is currently out on bail.

The actress has been facing everything with her head held high and has also returned to work.

Shilpa was currently a judge on the dance reality show 'Super Dancer 4', alongside Geeta Kapur and Anurag Basu.

On the work front, she will next be seen in Sabbir Khan’s ‘Nikamma’ which will also star Abhimanyu Dassani and Shirley Setia in lead roles.