After taking a sabbatical from acting to start a career in interior designing in 2011, Shamita Shetty is returning to the limelight as a contestant in the upcoming eighth season of dance reality show "Jhalak Dikhhla Jaa". Her elder sister Shilpa Shetty is "excited" about her comeback. 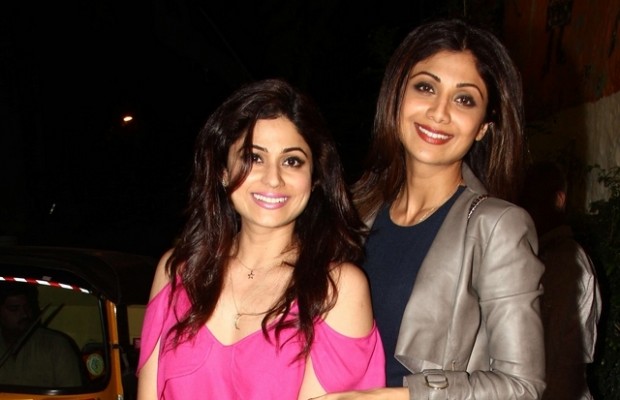 Actress-entrepreneur Shilpa, whose career got a new lease of life after she was announced the winner of British reality TV series "Celebrity Big Brother 5" in 2007, hopes the small screen proves lucky for her sister as well.

"I'm so excited for her. TV has been really lucky for me and I hope that it proves lucky for her as well," Shilpa said at an event here.

The 40-year-old, who served as judge on a popular dance reality show "Nach Baliye", believes such shows are not as simple as they look.

"I've told Shamita to just dance your heart out. It's a very difficult show... I have been on the judging panel for these reality programmes and it's very easy to just sit and judge. But the amount of work performers put in and the effort that goes into doing a dance routine is far more challenging," she said.

This time, the show will be judged by actor Shahid Kapoor and ace choreographer Ganesh Hegde. The other names of the judging panel are yet to be announced.

The show is expected to go on air on Colors in July.

5 years ago Sanaya Irani stay strong give ur best performance on JDJ with Jai kumar nai.N keep shining like a star
Allah bless u all the way
Take care of ur health

+ 2
5 years ago We are excited only for sanaya Irani.
Go girl rock.
We r here to support u.
Love u Sanaya Irani. 5 years ago
Vivian Dsena is the Best..
ALL the best for Jhalak' 5 years ago Cant wait to watch Vivian Dsena in Jhalak...