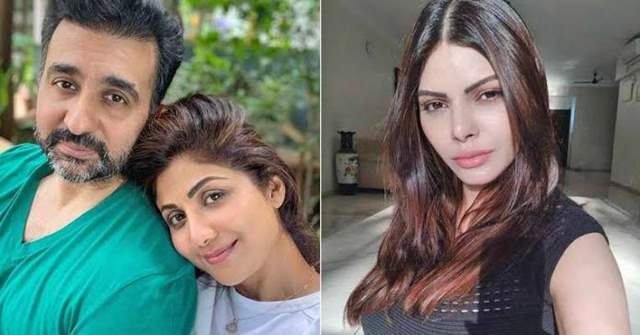 Shilpa Shetty and her businessman-husband Raj Kundra have now filed a defamation case against Sherlyn Chopra.

This move comes after the duo's lawyers issued a warning to Sherlyn of a defamation case, following which she slammed the couple with an FIR claiming sexual and mental harassment.

"The entire allegations made by Ms Sherlyn Chopra against Mr Raj Kundra and Ms Shilpa Shetty Kundra, are concocted, false, fake, frivolous, baseless, without any evidence, even to Ms Sherlyn Chopra’s knowledge, and have been made with an ulterior motive to defame and extort money". The statement further claimed that Shilpa Shetty is not at all involved in any of the working affairs of the JL Stream App. "It is nothing but an audacious attempt by Ms Sherlyn to drag Ms Shilpa Shetty’s name to create unwanted controversy and gain media attention. The allegations are nothing but an afterthought, wherein Ms Sherlyn Chopra, is arraigned as an Accused, in C.R. No. 02/2020, Nodal Cyber Police Station".

The statement issued further informed, "Ms Sherlyn Chopra, has committed offences u/s 499, 550, 389 and 195(A), of Indian Penal Code, 1860. We have complete faith in the Indian Judiciary, and we would be initiating civil/criminal proceedings against Ms. Sherlyn Chopra before the competent court of Law, for Justice. We have put a defamation of Rs 50 crore against Sherlyn Chopra.

Few days ago Shilpa Shetty and Raj Kundra issued a statement through their lawyers, stating that they will take legal action against the alleged statement that Sherlyn Chopra wants to make.

Thier lawyer had stated,

"The due process of law must be followed for the alleged statement that Miss Chopra wants to make. Calling for a press conference to do this reflects a strong intention to commit an offence of defamation."

The actress and model has alleged that she is the victim of fraud and mental harassment caused by Shilpa and Raj.

She lodged the police complaint on October 14, according to media reports.

+ 6
1 months ago Rehne do sir and madam (or whatever you prefer the world to address you with). Like a cat, you are tossing sand over your litter now. Sherlyn Chopra may not be a credible source to expose you, but birds of a feather flock together. It takes two to tango!