View Profile
Shilpa Shetty and Richard Gere are coming together on stage yet again. The last time they did so a few months ago at an AIDS awareness ra 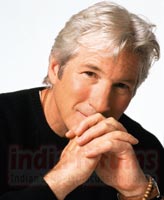 Featured Video
lly in India, the "Pretty Woman" actor planted a couple of loving pecks on Shilpa's cheeks, giving rise to widespread protests in the country. But this time, it will be Shilpa's turn to give Gere something.

On September 9, the actress will present Richard with the ONE X ONE Difference Award at a charity gala organized by ONE X ONE Foundation at the Four Seasons Centre for the Performing Arts, in Toronto, Canada. The function is aimed at raising funds for awareness in welfare of children.

The foundation is honouring the 57-year-old actor, a practicing Buddhist, in appreciation of his charity work. In the past, Richard has campaigned for ecological causes, AIDS awareness, to promote peace, justice and understanding, and for the rights and lands of tribal people around the world. He has also helped establish the AIDS Care Home – a residential facility in India for women and children affected by AIDS. He also founded the Gere Foundation India Trust to support a variety of humanitarian programmes in India. "It will be a matter of great prestige for Shilpa to be a part of this event," said the actress's spo 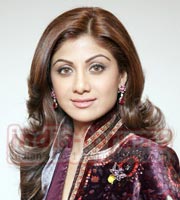 Apart from Gere, the ONE X ONE gala will also honour personalities such as Duchess of York Sarah Ferguson, Assembly of First Nations National Chief Phil Fontaine and supermodel and philanthropist Petra Nemcova with the Difference Award. Wyclef Jean will also to be honoured for his Yéle Haiti Foundation (Cry Haiti ). Charlie Engle, Ray Zahab and Kevin Lin, who ran cross the Sahara desert earlier this year to raise awareness about H2O Africa, the clean-water initiative founded by Damon, will also be felicitated.

The event, hosted by Academy Award-winner Matt Damon, will feature performances by Grammy Award-winner Shakira, Wyclef Jean of the Fugees, Montreal singing sensation Nikki Yanofsky, the African Children's Choir and many others. Last year's ONE X ONE gala raised over $ 3.5 million and since the foundation's inception in 2005, it has raised more than $ 5 million. Hope Shilpa's newfound popularity abroad helps more funds to pour in for the noble cause.