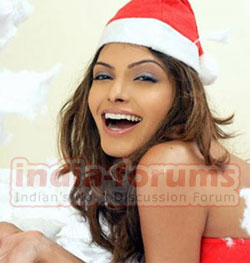 False publicity from a star to gain attention is just a norm these days in Bollywood, and following this unusual trend now is Sherlyn Chopra who made all go gaga about the news that she is cast opposite Shahid Kapoor in a Yash Chopra film!!

All's well that ends well now, as a source from the acclaimed Yash Raj banner clarified, "Shahid has been paired with Rani Mukherjee in the movie. Sherlyn is just making a brief appearance in the film. The report of Shahid acting opposite Sherlyn is false. Sherlyn is doing it just to gain mileage for her and some cheap publicity".

Phew, this is simply a case of much ado for nothing!!