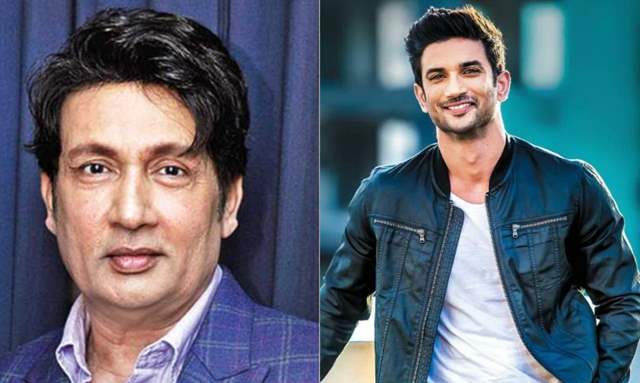 Actor Shekhar Suman has been on the forefront to attain justice for Sushant Singh Rajput. He also expressed his disappointment post-ruling out of foul play in SSR’s death.

Suman is his latest Tweet, remembered Sushant, and looks like he now wants to let the case be.

Taking to his Twitter handle on Sunday Suman informed the fans that the world should now let Sushant be at peace and how we should recall his goodness as his lasting legacy.

His tweet read, “We shld just let Sushant be in a peaceful state.Enveloped in the brouhaha of sweet n gentle memories.Dipped in the sugar-honey goodness of warmth,affection and camaraderie .Otherwise the opportunists and the vultures wd feast on him and vandalize his purity.”

Suman further maintained that “We have to either decide to never give up or just accept the way the system functions.”

“The goodness,hard work,dedication ambition,honesty,what SSR stood for and the legacy that he has left  behind for all of us to follow is exemplary,” he added.

Earlier, Suman condemned Rajput’s character assassination and urged everyone to let him be for “he deserves dignity in death”. He also mentioned that We should maintain dignity in his death and stop vilifying his image, tearing him into shreds is wrong.

illa8 1 months ago DON'T GIVE UP!!! we should make a world fund for all investigating agencies, where people can donate money and the money collected will go to the investigating officers if they do their job correctly by arresting the murderers all the people involved in the SUSHANT AND DISHA MURDER CASE!!! EVEN IF EVERYONE GIVES JUST 1 DOLLAR THAT CAN BE MILLIONS ALTOGETHER!!!! ITS LIKE A BRIBE BUT YOU ONLY GET IT AFTER YOU HAVE DONE YOUR JOB CORRECTLY!!!