'In this film I'm paired with Rekha after a long time. That should be interesting,' Rishi told IANS.

Raj Kanwar, an old Rishi admirer, is directing the film. They worked together in the super hit 'Deewaana', the film that launched Shah Rukh Khan as a star.

Rishi is also working in an interesting project called 'Har Bahadi', which is set in a village by that name.

'I not only play myself, namely, Rishi Kapoor, in the film but also get to play the central character. Besides these two films I haven't signed anything. But offers keep coming my way. I can't accept just any old role. That's not what my audience expects from me.' 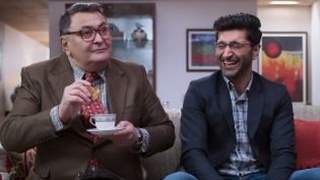