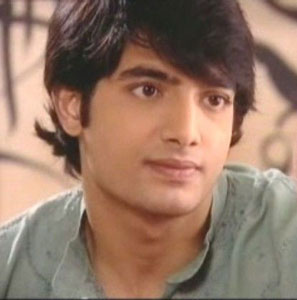 Banoo Main Teri Dulhann, amongst Zee TV's top-rated shows is in for a major twist this coming week. A twist that will leave fans of the Saagar-Vidya jodi, heartbroken. Tragedy strikes, when Saagar will die in a car accident, and henceforth the story will follow the path of Vidya's life..her trials & tribulations..after her beloved husband's death.

Saagar-Vidya have been amongst television's most famous & loved jodi's. Theirs is a very unique love story, they’ve gone through various ups & downs, but the freshness and child-like innocence remains intact, and this freshness has been the show's USP from the beginning. Sharad Malhotra & Divyanka Tripathi who essay the roles of Saagar & Vidya, have, in a very short span of time, gained heights of popularity. Their sizzling onscreen chemistry and acting prowess has made them the favorite of fans worldwide. All are now left wondering why and what prompted the Creatives of Dulhann to weave a storyline that is as shocking as this, which would leave many fans of Saagar and Sharad dejected and lost.

In an attempt to break the suspense, Telly Buzz spoke to Sharad Malhotra who unfortunately seemed to echo the same sentiments, “I am going on a break as of now. I do not want to think of anything ahead right now. I'm not keeping well these days, all the work load and pressure has taken a toll on me. I just want to rest for sometime.” So does it mean that you will be back after sometime? “If the channel wants me to come back later, I might reconsider. As of now, the situation of the storyline demands the death of Saagar and the track will now be based on Vidya's life after his death.”

To get to know more on this latest buzz, we talked to the director of Banoo Main Teri Dulhann, Ismail Umar Khan, who said, “We don’t know what is in store for future. As of now, we have pushed Saagar into the deadly ‘Khai’. We are now shooting the scenes where the police investigation is going on, the scenes of Vidya’s grief are being shot.” It will be very helpful if you could say whether Saagar’s body wil be recovered in all this? “We are shooting the scenes where the police is searching for his body. Apart from that, we do not know anything.” What are the chances of Saagar coming back alive? “See, we are also kept in the dark at the moment. Let’s see what happens.” The fans of Sharad want to know what is in store for them. “Well, I can only say this much, keep your fingers crossed, and pray that Saagar comes back alive. We too want that to happen, let us see.”

Looks like, this is going to be a never-ending suspense for the viewers! So get ready folks, to witness the infamous death sequence of Saagar, as this week will indeed be a very sad one for the viewers who love the onscreen pair of Saagar and Vidya. But as the Director of the serial says, 'Let us not lose hopes; let us keep our fingers crossed!' 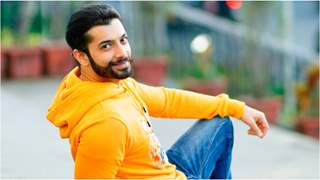 14 years ago OMG this is sooo crazyyyy ...why did they have to kill saagar ...and that too, at THIS time ..when the show has skyrocketed past all channels
i dont get this

14 years ago Saagar-Vidya are without a doubt Zee's top jodi - no other Zee lead jodi actually comes close to them these days. Unlike other jodis, this one genuinely has great scenes that create a good feel to them.

To see the jodi get whupped like this is very surprising... however, I really do think that Saagar will return.

If anything, I'd guess and say that the conventional thing happens where villagers find a badly injured Sagaar's and then take him away and nurse him back to full health. Then the guy will come back better than ever.

That's just my guess though.

i read about that on www.ExDesi.com

14 years ago NOOOOOOO!!! THIS IS SO DEPPRESSING!! WHO IN THEIR RIGHT MIND IS GOING TO WATCH THIS SERIAL NOW??

14 years ago he better come back because what's the point of banoo main teri dulhann without a dulha?

14 years ago He better come back !!! I hopeeeee ! Thankx for the article !

14 years ago i agree...his face does look a bit funny in the pic

besides that, no SV= no BMTD