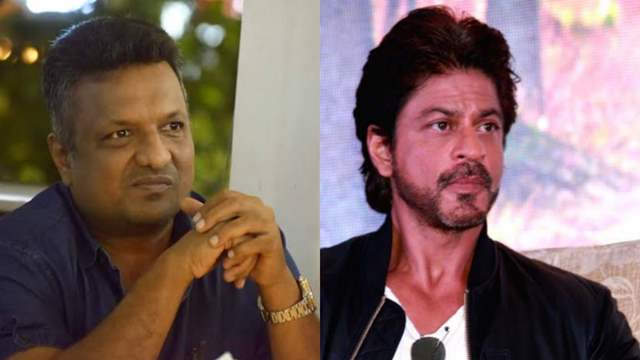 Sanjay Gupta has criticized the industry for not standing in support of Shah Rukh Khan in his moment of personal crisis.

The superstar’s 23-year-old son Aryan Khan has been lodged in jail for three weeks and his bail hearing is listed before the Bombay High Court for tomorrow.

He had further added,

“Aaj uska beta hai, kal mera ya tumhara hoga… Tab bhi issi buzdili se chup rahoge??? (Today it is his son, tomorrow it will be mine or yours… will you still maintain this cowardly silence???)”.

Shahrukh Khan has and continues to give jobs and livelihoods to thousands in the film industry.

According to the latest developments, Prabhakar Sail, the personal bodyguard of witness K P Gosavi, has allegations against the agency’s zonal director Sameer Wankhede.

His accusations include discussions of a payoff to Narcotics Control Bureau (NCB) officials.

Reacting to the same, NCB’s zonal director Sameer Wankhede wrote to Mumbai police commissioner expressing fear that he may be framed in a case.

“It has come to my notice that some precipitate legal action for framing me falsely is being planned by unknown persons in relation to the alleged vigilance issue,”

NCB Zonal Director Sameer Wankhede also appeared before the Special NDPS court and told the judge that he was being targeted, along with his sister and deceased mother.

He stated that he was ready for a probe.

1 months ago They are busy trashing drugs from their kids closets.

+ 3
1 months ago People are scared to speak up, in case they become the target next, like no one spoke up during the Shilpa Shetty-Raj Kundra case. Bollywood is being targeted one at a time.