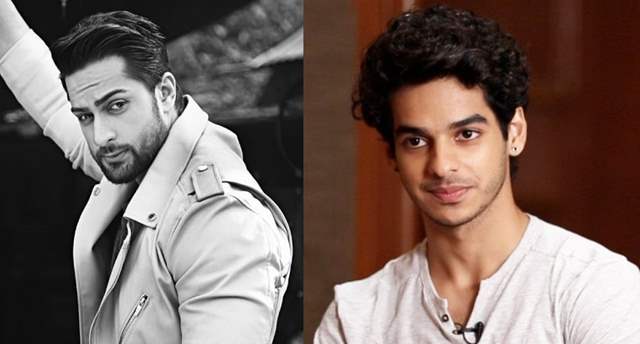 Vishal Bharadwaj's ambitious project, Midnight Children which is a Hindi adaptation of Salman Rushdie's classic novel of the same name, has been making a lot of noise for a long time now. The Netflix's adaptation was put on hold last year but is now back to rolling.

Earlier, Ishaan Khattar was roped in to play a pivotal role but then a report in Mumbai Mirror suggested that the actor-director duo amicably parted ways due to creative differences and the buzz that was doing rounds in town suggested that the director now wants to sign a newcomer for the role.

However, later there were many stories making rounds about Naagin 4 fame Shalin Bhanot joining the cast of Midnight Children along with Ishaan Khattar.

Now, if close sources are to be believed, Shalin will be replacing Ishaan in the big budget project!

While the makers had considered Ishaan for a role, they wanted a fresh face and hence have gone ahead with Shaleen Bhanot who has done some good amount of work in television, but then its his lack of over-exposure that has made him a good fit for this role!

Midnight Children is originally a popular acclaimed novel written by Salman Rushdie and set in the 1940s during the days of India's partition and independence.

While Bharadwaj is recreating this popular novel, a little birdie tells us that another popular novel titled Train To Pakistan may also be adapted into a web series which is also based around the same time period but depicts the partition and its challenges.

We hear that the web-series will be one of India's biggest and will start rolling soon!

Aamir Khan Can't Contain his Happiness after Turning a ...
13 minutes ago

Shekhar Kapur Appointed as President of FTII Society & ...
19 minutes ago