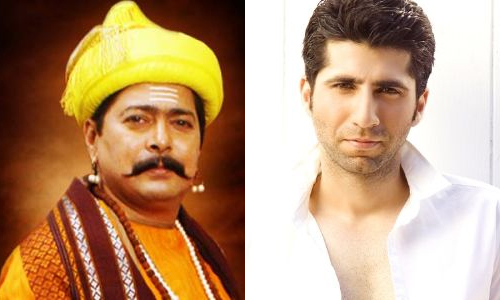 Colors' upcoming historical show Chakravartin Ashoka Samrat has been the talk of the town since a long time now. TellyBuzz had earlier brought to you guys the news about the show's on air date, time slot and also the young boy Siddharth Nigam playing the role of Ashoka.
TellyBuzz is yet again back with some good piece of news.
Our source states, "Manoj Joshi will be seen as Chanakya in show. Besides this, the role of Ahmatya will be essayed by the Shailesh Dattar. Ahmatya will play the character of Vindusar's minister in the show. Shailesh's role in the show will be seen extremely positive and responsible when it comes to handling the state. But like it is said, everything that shines is not gold and something similar is with his case. He has wrong intentions and wants Chandragupt's greek wife's son Justim to become the king of the state. The character of Justim will be essayed by Sumit Kaul."
Shailesh Dattar is currently seen in Life OK's Devon Ke Dev. Mahadev as Narad. When contacted Shailesh, he revealed, "Yes, I am doing this show but cannot divulge any further information regarding the same."
Apart from Shailesh, actor Sumit Kaul who was seen as Govind in Do Dil Ek Jaan on Life OK will be seen in the show.
Besides this, as reported elsewhere, Pallavi Subhash will essay the role of Ashoka's mother and Sameer Dharmadhikari as his father.
Keep reading this space for more such exclusive news.
Upasana Patel

+ 4
6 years ago all the very best to whole cast of CAS..egarly waiting for the show...

6 years ago miss u sameer ...plz bring Namrata with u