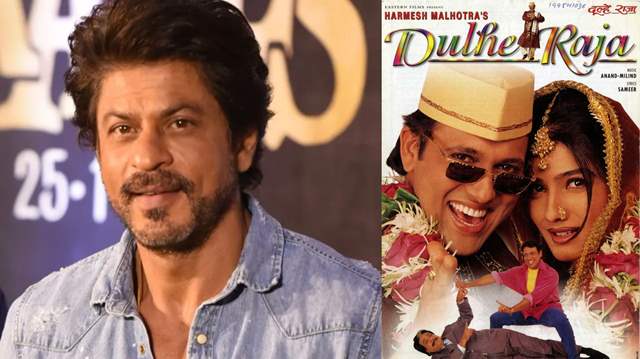 Lately, Shah Rukh Khan's production house Red Chillies have been producing some interesting content, the last one being Alia Bhatt starrer Darlings. While, the film was a super hit and garnered a lot of lauding from the viewers, they already have a lot of projects in the pipeline already.

SRK's company has obtained the rights to remake the 1998 humorous caper "Dulhe Raja," following the current trend. According to reports, the actor holds blanket rights to the Govinda and Raveena Tandon-starring movie from the 1990s and plans to remake it.

In addition to Govinda and Raveena, other notable actors who had significant roles in this comedy included Kader Khan, Prem Chopra, Johnny Lever, Asrani, Viju Khote, and Mohnish Behl.