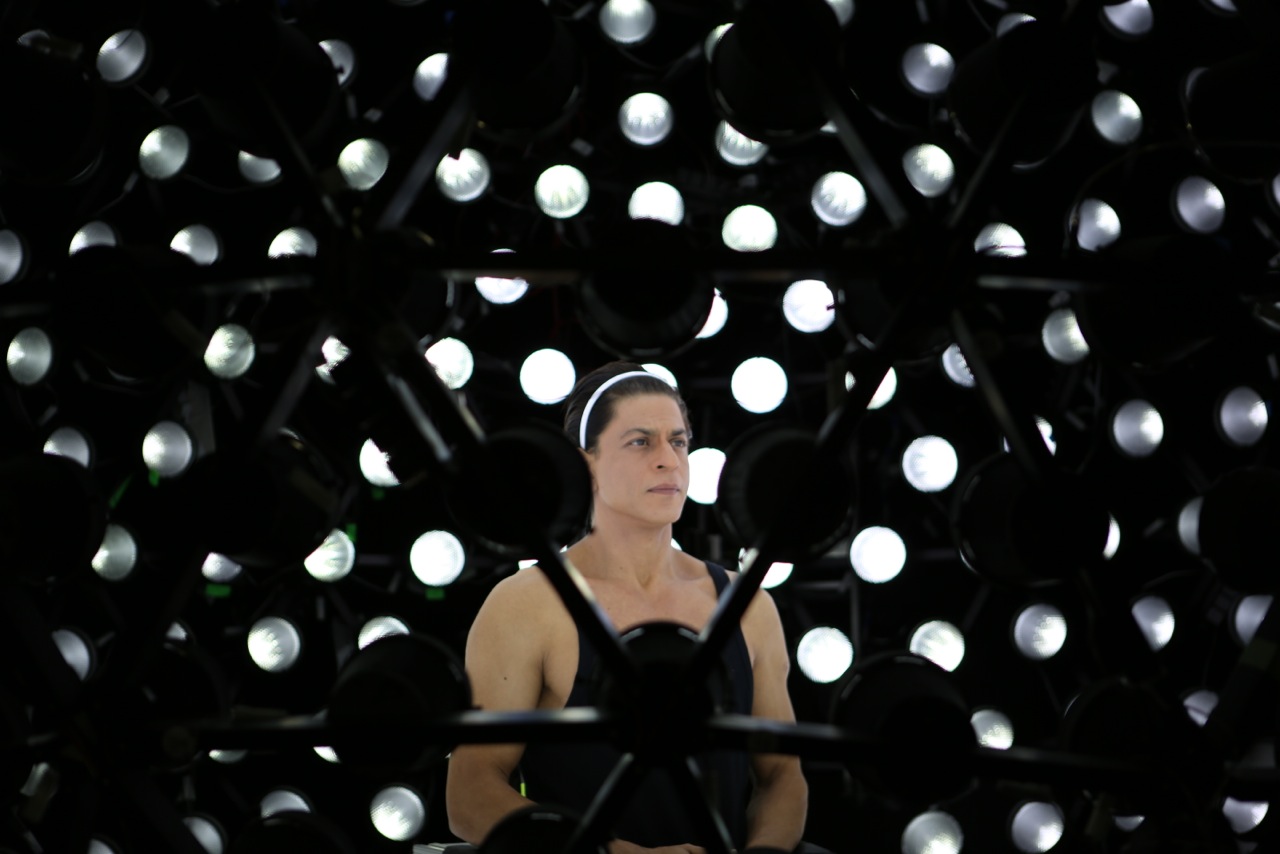 While Shah Rukh Khan was in USA to promote his latest film, he took two days out of his busy schedule to fly down to Los Angeles for his digital 3D face scanning for YRF's upcoming film Fan.

Shah Rukh Khan is all set to get working on his next year release, Fan. The film which is being produced by YRF has completed its first schedule at the studios. The film has created a lot of curiosity and excitement. Before getting into the 2nd schedule the actor had to get a face scanning done for the special effects. Shah Rukh Khan will be seen in a very different avatar.

While the actor was in a hectic schedule and busy promoting his recent release, he gave 2 days to the Fan team to get this special face scanning done. A lot of international technology is being used for Fan and the makers are keeping a low key on the project.

Kay Arutyunyan, Producer at CounterPunch Studios in LA says, "Shahrukh Khan was extremely inspiring. Our team had the pleasure to get to meet and work with Mr. Khan when he travelled to Los Angeles for a high fidelity 3D scanning session for his upcoming film. We have worked with many actors in scanning, including several Bollywood mega stars and are constantly surprised by the work ethic and down to earth personalities of such high profile artists. Mr. Khan's professional mannerism, personal approach to all crew members, and skilled facial acting talents were incredible. He was extremely personable and easy to direct through the process. He has a curiosity for technology and ground breaking processes, and was very hands on during the shoot. It is clear that he takes his craft very seriously and works rigorously to perfect it for each and every film. Our team feels very fortunate to have had the opportunity to meet such a legend in the Bollywood community. We are excited to be working on the face scanning for Mr. Khan. His skill and mannerism is enchanting."