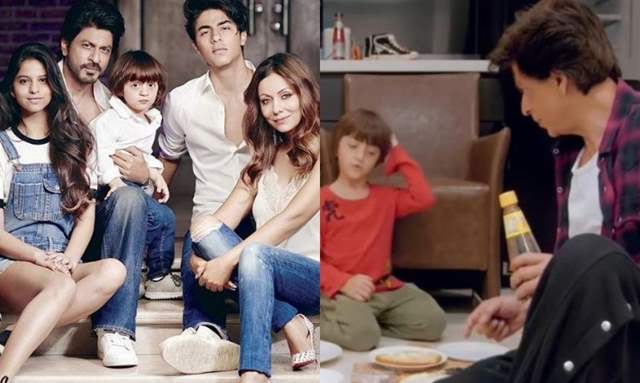 The Badshah of Bollywood, Shah Rukh Khan, might be missing from the movies but is spending some quality time with his family and friends. He is currently enjoying some family time and has always been a doting father to his kids. Besides being the tinsel town’s biggest superstar, the actor is also his kids' savior at 2 AM when they get hungry as he cooks food for them at midnight!

Apart from SRK’s break from the movies, the superstar recently shot for David Letterman's Netflix Show. While the show is yet to be aired, few clips from Letterman’s Netflix special episode of My Next Guest Needs No Introduction has gone viral on the Internet, wherein the actor spills some beans about his family, kids and more.

In the new clips, Shah Rukh states that he spends a lot of time with his kids and since he is learning to cook Italian food, he makes pasta for them when they get hungry at 2 in the morning.  “I spend a lot of time with them. They always want food at 2 or 3 in the morning. So I am learning Italian food. So whenever the phone in the kitchen rings, I say ‘Yeah! What do you want? You want some pasta?” Khan can be seen saying in the video.

In another clip, Shah Rukh and Letterman can be seen talking to the actor’s darling wife Gauri Khan. Letterman asks Shah Rukh about the C-gang that he was a part of in school. “We formed a gang in school. We had to wear a white shirt and blue jeans with a C written with your hand here,” he said. More details on that to be revealed in the full show.

Also Read: Not Shah Rukh Khan but Tom Cruise was to play Raj to Kajol’s Simran in DDLJ!

Besides, David Letterman had visited India on Eid and while about SRK in a video, he had said, "There's something about that man that has made it a different experience.”

Earlier this month, Shah Rukh Khan had shared the promo of the show and wrote, "The most fun I’ve had being interviewed. Thank u so much @Letterman for being so gracious and all happiness. U r a gentleman, sir! Also @netflix & @NetflixIndia for having me over at NY."

Meanwhile, on the work front, Shah Rukh Khan has not featured in films ever since his last outing in December with Zero, which turned a dud on the box office. However, as per reports, the superstar will be announcing his upcoming projects on his birthday, on November 2. One of which is supposed to be with Rajkumar Hirani, he may also do a film with Tamil cinema's celebrated filmmaker S. Shankar, and he is also in a discussion with Gurinder Chadha of Bend it Like Beckham fame for a movie.