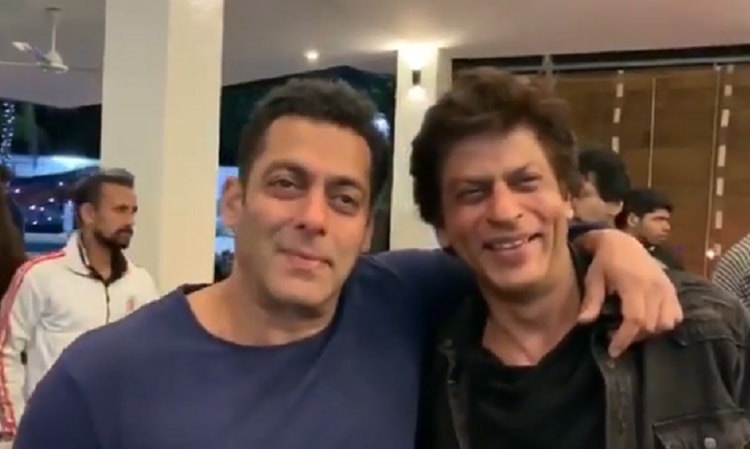 The year 2018 turned out to be a disaster for all the three Khans. While SRK's Zero failed to impress the audience, Salman's Race 3 had too many flaws and Aamir's Thugs of Hindostan failed miserably at the box office.
Salman Khan and Shah Rukh Khan are the favourite superstars of Bollywood with a huge fan base. The two Khans have been supporting each other by doing cameo's in films or promoting each other's film.

But it's been very long since the two Khans played leading roles in a film together. But here's good news - Shah Rukh and Salman may be teaming up for a big film project.
According to a report on Filmfare, director Sanjay Leela Bhansali is toying with the idea of casting the two in a film.
While Bhansali has worked with Salman on Khamoshi: The Musical (1996) and Hum Dil De Chuke Sanam (1999), he has collaborated with SRK for Devdas (2002). Now, it seems, the ace director wants to create magic with both the Khans.
On the film front, Bhansali last helmed the epic period drama, Padmaavat. The high-budgeted, big-scaled film starred Ranveer Singh, Deepika Padukone and Shahid Kapoor in the lead roles.
While Ranveer played Alauddin Khilji, Deepika enacted the role of Rani Padmavati. Shahid portrayed Rajput ruler Maharawal Ratan Singh.
Stay tuned for more updates.
(Credits: Zoom Tv)