View Profile
Taking a cue from the flops produced under his banner during 2007, producer Aditya Chopra has 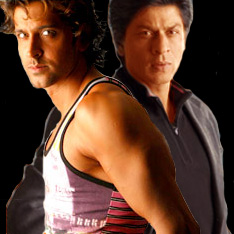 Featured Video
now pulled out all stops and is reported to be rolling up his sleeves to direct his own film starring two Bollywood superstars Shah Rukh Khan and Hrithik Roshan in lead roles. And Rani Mukerji and Preity Zinta, both favorites of Aditya, are expected to be part of the project which will be shot in Greece, Australia and Dubai.

Contrary to the genre of romantic films produced by Aditya’s banner, the new project will have more of action and humor. According to sources, Both Shah Rukh and Hrithik have plenty of free dates on their calendar as do Rani and Preity. Aditya is currently readying the final draft of the film and hopes to start pre-production work in March so that shooting can commence by June - July.

Last year, other than Chak De! India, all other films from Aditya Chopra Productions flopped at the box office. The string of flops included ‘Ta Ra Rum Pum’, ‘Jhoom Barabar Jhoom’, ‘Laaga Chunari Mein Daag’ and ‘Aaja Nachle’. As this has cast a doubt about Aditya’s Midas touch, he has decided to direct a film himself this year. In the past, Aditya directed two films – ‘Dilwale Dulhania Le Jayenge’ (1995) and ‘Mohabbatein’ (2000) and both proved to be runaway hits. Now he wants to revive the magic again.