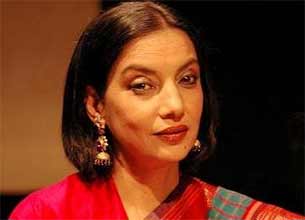 "Tumhari Amrita" is a play helmed by Feroz Abbas Khan and she says she is persuading the director to revive it.

"I'm persuading Feroz Khan to revive 'Tumhari Amrita' with a fresh cast. Any ideas on who shud replace Farouque Shaikh and me as Zulfi/ Amrita?," Shabana posted on Twitter Tuesday.

Inspired by A.R. Guerney's "Love Letters", "Tumhari Amrita" is a funny, poignant, melancholic chronicle of two people would not come together and could not stay apart.

The play ran for 21 years until Farooque's untimely death in December 2013.