Mumbai, July 18 (IANS) After working in Onir's 'Sorry Bhai', Shabana Azmi and Boman Irani will be again seen together with the same director in a film that is an adaptation of Shakespeare's 'Hamlet'.

'I am making a film adaptation of 'Hamlet', in which both Shabana and Boman will be there,' Onir told IANS.

'During the shooting of 'Sorry Bhai', we have developed an excellent rapport and we all want to work with each other. Besides, they are so brilliant actors that I am privileged to work with them,' said Onir who has directed films like 'My Brother Nilkhil' and 'Bas Ek Pal'.

Besides, the director is planning a few other projects that include an adaptation of Sai Paranjpe's comedy film 'Chashme Buddoor', an adventurous movie titled 'Kaash' which is at present in the scripting process, and an international project titled 'Labyrinth' which will be a love story. He is co-writing the script with a German author. 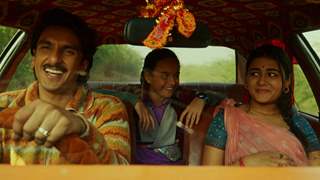