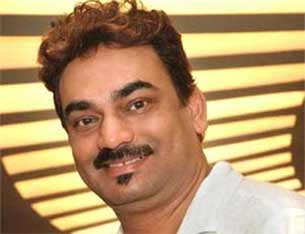 A designer of repute, Goa-based Wendell Rodricks usually stays away from "chaotic" Bollywood, but has bent the rules for director Onir because he feels the script was well within his "area of expertise" as he has seen such characters in his "25 years in fashion".

Rodricks will style actor Ashish Bisht for Onir's "Shab" and currently the film's line producer Ajay Govind is hunting for location in Mussoorie.

"I took up Onir's film as he gave me a bound script, which I found interesting and was well within my area of expertise and experience," Rodricks told IANS in an email interaction from Goa.

"It (Bollywood) works on a different system that seemed a bit chaotic. However, when Onir approached me to do the central male character in 'Shab', I felt that I could do justice to this character...without being on the set," he added.

"Shab" is set in South Delhi and explores human relationships.

Without divulging much about the character he is styling, Rodricks said: "I know this character well. I have seen these characters in my 25 years in fashion. I know what they think, feel and result in becoming. It is a lesson in human psychology and the brutal glamour world we live in."

So far he is happy with the outcome of his work.

"From the little I have done, I am satisfied that I will meet the director's,the stylist's and the star's expectations. Contrary to what people may expect, I am approaching this as a costume stylist. Not all the clothes will be Wendell Rodricks in style and flavour...unless they meet the scene."

Another high point of "Shab" is that Onir's work style is in tandem with Rodricks.

"I am enjoying the process as Onir is a very focussed

yet easy to get along with director. He is open to suggestion and gives me the freedom to embellish the role through costume. My job is to make the character believable, plausible and engaging for the audience," said the designer.

"Later I did clothes for my own scene in Kaizad Gustad's "Boom" and Madhur Bhandarkar's "Fashion"," he recounted.

Although he doesn't do too many movie projects, he describes himself among the most "qualified persons to do films".

His qualification to work on movies comes from the fact that he trained in Los Angeles under Bill Travilla, the designer and master cutter, who styled Marilyn Monroe and Faye Dunaway.

"Bill Travilla was a master and Richard Wilkens a genius. When I saw Travilla's white, pleated Monroe dress from the 'Seven Year Itch', I was moved to tears. Till today, when I see that scene where she is with the dress flying around her over a New York subway grate, I feel a tingle down my spine that I actually held the dress and saw the original paper pattern," he said.

"I interned at the Museum at FIT (Fashion Institute of Technology) in New York and saw what the celebrated Bob Mackie did for Cher, Liza Minnelli, Carol Burnett and so many other stars," he added.