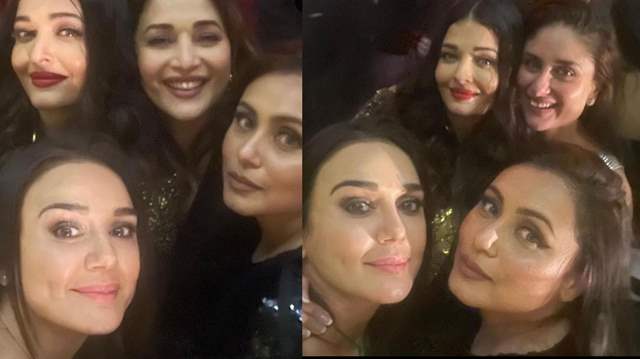 Karan Johar’s 50th birthday bash is still grabbing the headlines and fans can’t get over the adorable pictures and videos of the B-town celebs that have been making rounds on social media. After the Om Shanti Om title song, this would probably be the only party where almost the whole of Bollywood gathered, then be it the best friends, the exes, the rivals or the frienemies.

While we have our hands on numerous inside pictures from the party, these particular selfies of the OG 90’s gang of the Bollywood divas is causing a stir on the Internet.

In the selfies we can see Madhuri Dixit, Aishwarya Rai, Rani Mukerji, Preity Zinta and Kareena Kapoor striking a pose with their happy faces.

Although this seems to be a picture perfect selfie, a lot lies behind these smiling faces. For the unversed Preity Zinta and Kareena Kapoor had a heated history so much so that the actresses didn’t even talked with each other for almost 2 years and used to make shocking indirect remarks about one another. 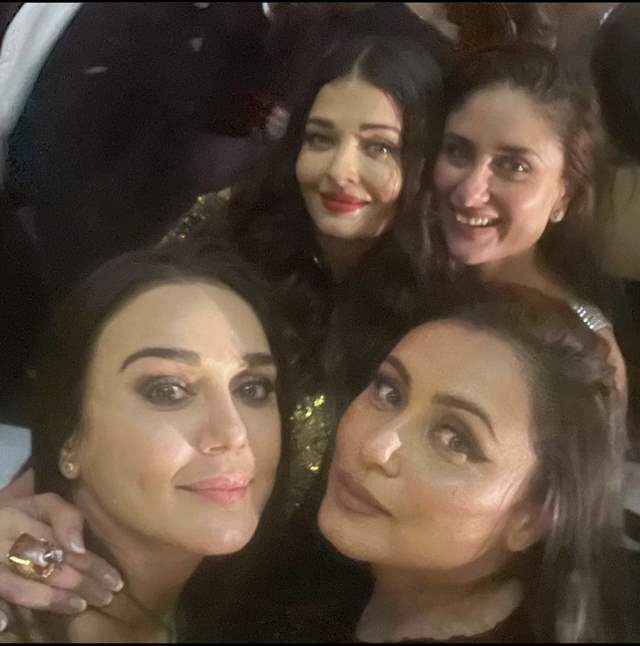 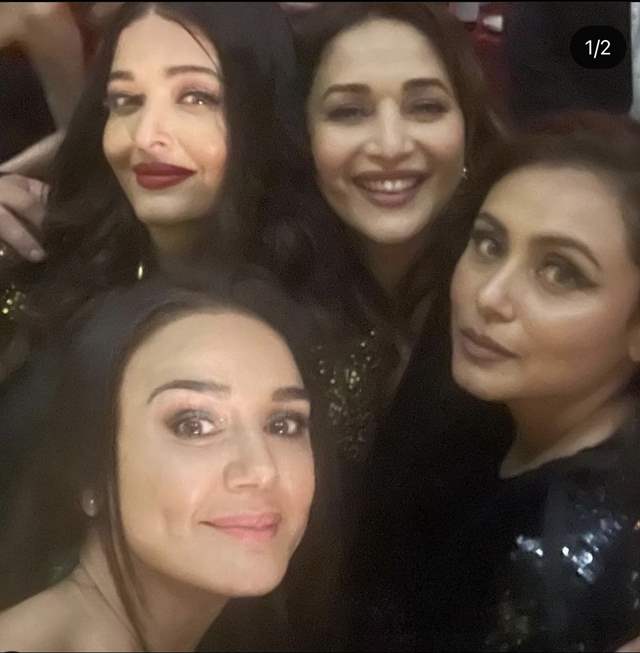 It can also be noted that while there wasn’t a direct cat-fight between Aishwarya and Rani Mukerji, the latter was linked to Abhishek Bachchan before his marriage to Aishwarya.

These actresses have also shared screen space with one another in a lot of blockbuster movies and we still can’t get over those golden movies.

While Rani and Preity made for a great duo in Kabhi Alvida Na Kehna, Aishwarya and Madhuri’s Dola re Dola can still make your hearts groove to the beats.

Karan Johar’s birthday was definitely a starry night and we are sure to get a peek at more treasure worthy pics.

It is fascinating to imagine how watching these teo selfies might have put your minds into overdrive when it comes to thinking all the chords attached to the people involved but then hey, that is that the 90s and 2000s were all about, isn't it?

viloch12 2 months ago can't believe that arrogant Kareena is posing with Aishwarya whom she called from different generation but here Kareena is the one who is looking older that Aishwarya.

+ 6
2 months ago Except Madhuri, none of them is a 90s actress. They are all from the 2000s. Aishwarya was known for Taal and HDCS (1999) Preity for Dil Se (1998) Rani for KKHH (1998) Kareena started her career with Refugee (2000). Therefore, none of these actresses belong to the 90s. 90s = Maduri, Juhi, Sridevi, Shilpa, Divya, Raveena, Kajol, Karishma, Urmila, Manisha, Sonali, Tabu (successful ones), and Mamta, Ayesha, Sheeba, Monica, Anjali, Ashwini, Farheen, Zeba, Chandni, Ekta, Shirodkar sisters, etc. (not so successful ones).