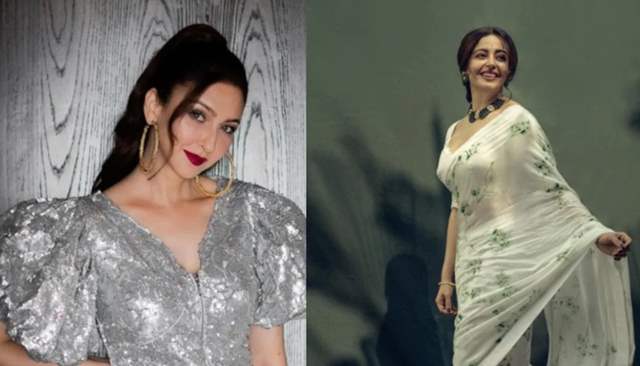 Bhabhiji Ghar Par Hain has been in the news for a while now as Saumya Tandon decided to quit the show back in August. The actress also bid a heartful goodbye to the show, but soon after, there were reports about who will be replacing her after all. And now, stepping into the shoes of Anita Bhabhi will be none other than Nehha Pendse.

Saumya recently spoke about the same in an interview with The Times of India. The actress went on to say how NEhha is a good choice and she is happy about the news. She mentioned further how she has worked with her on a non-fiction show when she hosted it and that she is a talented professional. Going all praises for the Bigg Boss 12 actress, she revealed how she is certain about Nehha doing justice to the part, while also remembered giving her sweat, blood, and heart to the character.

She further went on to elaborate on how when an actor exits, a lot also depends on the viewers to accept the replacement and she added that she left on a good note. Since Nehha is a fine actor, Saumya is also sure that she will be accepted by the audiences wholeheartedly.

Meanwhile, Nehha is best known for her role in May I Come in Madam? and was also seen in Bigg Boss 12. She also spoke about taking up the role earlier and admitted to this being a huge responsibility as she has some big shoes to fill.

Nehha Pendse receives a warm welcome on the sets of Bhabiji Ghar Par ...

Jayshree Das 1 months ago May be Neha mam is a good actor..but still Saumya Tandon is ir-replacable.. Nobody can do like Saumya Tandon But still good wishes from my side is always there🙏🏼