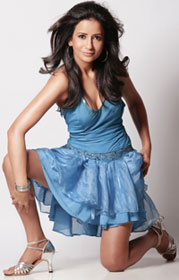 
With a mantra like that, there's little need to reveal that singer and performer Saru Maini is brimming with confidence. She dictates the typical image of an indipop singer and performer. She looks pretty and has a unique melodious voice. This is a singer who has the talent and capability to create a niche for herself.  Saru is here to rock the indipop scene in a completely new avatar with her latest album "Shake it Shake it" to be released by T series.


Trained in classical and light classical music for several years, with her perseverence and persistence  Saru has made a name for herself and is all set to take it further with this album. To make her dream into a reality, Saru has gone through a hectic routine of riyaz, dance classes, yoga and workouts. She packs all the energy and punch of a Punjabi kudi with the elegance and grace of a seasoned model. She is now being revealed in her new makeover as a
Featured Video 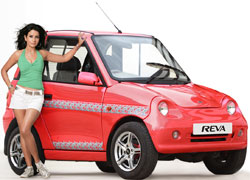 
"Shake It Shake It" has 10 tracks and the music has been composed by D J Sanj.  It is primarily a dance Album and the music has a very international sound. Saru has also penned down for the first time the lyrics for two of the songs. The album is indeed close to her heart.


Saru has already made a name for herself in the Pop scene with the success of her album 'Ishq Hua', and her album 'Sutta Mixx' which was also a big hit was conceived to help spread the message "DON'T SMOKE", as she wanted this message to reach out to the masses and through her song "Say No to Drugs" Saru created awareness against Drug abuse. Saru got her first break in Playback singing with "Bhangara Paale" a duet with Sonu Nigam in the movie "Anthony Kaun Hai" for which the music was composed by Himesh Reshammiya.


"I want to do more performance-oriented work and pop music helps me achieve that better than anything else," says, Saru excitedly" Her excitement on the release of "Shake it Shake it" is not just palpable, it's infectious!