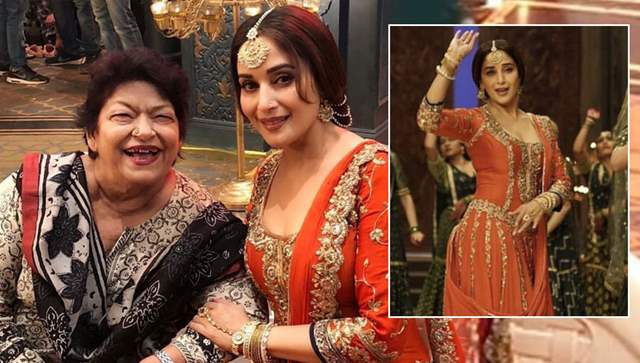 The year 2020 has not been kind to any of us, especially in the world of Bollywood.

Today, our country woke up to the sad news of Saroj Khan’s demise. The legendary Bollywood choreographer suffered a cardiac arrest and breathed her last at 1.52 AM in Mumbai.

At the mere age of three, Khan, fondly known as Masterji, made her movie debut with Nazarana, where she portrayed the character of a child Shyama. She went on to become a background dancer in the late 1950s. After much struggles, she received her big break as an independent choreographer with 1974 movie Geeta Mera Naam but received recognition after choreographing the beloved song Hawa Hawai from Mr. India.

Having choreographed over 2000 songs, Masterji has given Bollywood lovers many memorable hook steps. She has received National Film Awards and Filmfare awards for best choreography over the years,

Even though the legendary dancer-choreographer had a very bright career, they were filled with many challenges which she faced head-on. The past few years had been difficult for her. Many-a-times she had opened up about the difficulties she was facing. Having not received good work in the past, she was facing a lot of financial instability.

In the time of need, Karan Johar’s Dharma Productions came to her extending an opportunity which unfortunately would be her last. Saroj ji showed her immense talent at the age of 70 as she choreographed the intricate number, Tabaah Ho Gaye from Kalank. The song was loved by the audience and was nominated for awards too.

The song featured Madhuri Dixit Nene and was the last song choreographed by the legendary Saroj Khan. This sequence was shot in only one take. Only the Saroj Khan - Madhuri duo, (who had extensively worked together over the years) could create this kind of magic on screen.

After contributing her talent in the industry for over 40 years and becoming one of the most successful Bollywood choreographers, Saroj Khan will be dearly missed by all her fans and loved ones.

Watch her video below: