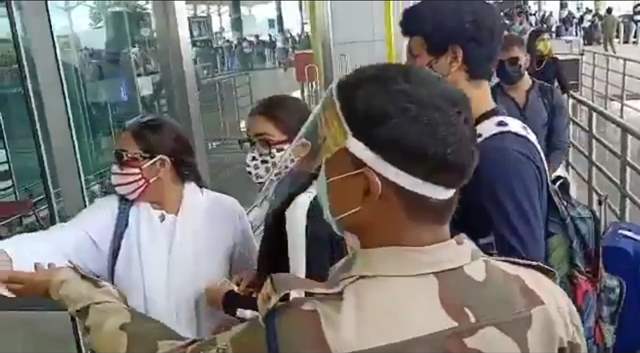 The drug angle is currently being probed by the Narcotics Control Bureau as a part of further investigation into the Sushant Singh Rajput death case. Currently, names like Rakul Preet Singh, Deepika Padukone, and Sara Ali Khan have cropped up and summons have already been sent. While an investigation is currently underway, regular updates keep coming in.

A while back, Sara along with Amrita Singh and Ibrahim Ali Khan was snapped at the airport in Goa while returning to Mumbai. In a tweet from ANI, it was stated, ''Sara Ali Khan leaves for Mumbai from Goa Airport.   She has been summoned by Narcotics Control Bureau (NCB), Mumbai on September 26, in connection with a drug case related to Sushant Singh Rajput death case.''