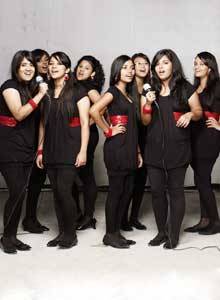 After three weeks of X Factor India eliminations, last week gave a sigh of relief to the contestants as there were no eliminations. Also Sanjay Leela Bhansali had maintained cent percent record as his teams were intact.

But this week elimination turned out to be a shocker as Sanjay, for the first time, saw his team getting eliminated.

A source from the sets informs, "This week's elimination saw Piyush Kapoor from Sonu Nigam's team and Last Minute girls from Sanjay Leela Bhansali's team in the danger zone. Sonu Nigam and Shreya Ghoshal voted for Piyush which lead to the ouster of Last Minute Girls."

X Factor India has now changed its timing and this elimination episode will be aired on Friday instead of Saturday. From this Friday, X Factor India will be telecast on Fridays and Saturdays.

This Friday will see a Father's Day special episode wherein everyone will be seen dedicating their songs to their fathers...

With this elimination seems like the competition is gearing up among all the three mentors...

+ 3
9 years ago Finally a fair elimination! They were good but not extraordinary! :S

+ 2
9 years ago fair elimination this time...they were good but still have a long way to go..

9 years ago I liked them but they are weak and do not have too much variety in their performances.

+ 2
9 years ago good decision though! nirmitee and sahiti are safe ;)

9 years ago Aww!! i liked d Last Minute group.. but as they were untrained they were far less creative than d other groups!
anyway i wish v cud c d last minute group again with better creative ideas..:)

9 years ago Expected this result. They were cute but singing wise they were weak.

+ 4
9 years ago this team should hv been eliminated in the fst round as all girls of this group were untrained and dissonant. but there was some pretty girls in this grop whom i will miss after their eviction.. may i get phone number of any of them...