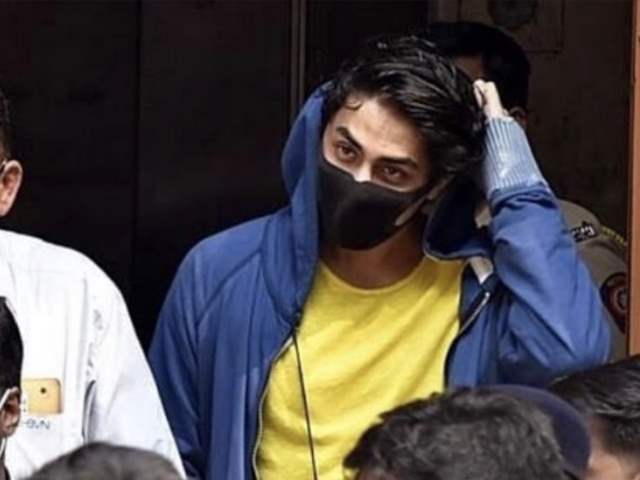 Sanjay Gupta is the most recent Bollywood celebrity to call Aryan Khan's arrest by the Narcotics Control Bureau into question.

The filmmaker reacted to a report that the star's son was being held in Arthur Road jail and that his bail petitions had previously been denied. " Suspicious arrest, no drugs found on him, no traces in his blood and yet he spends 18 days in jail. Don’t people responsible for this have kids of their own? How do you do this to someone else’s child?”wrote Sanjay Gupta.

The NCB arrested Aryan Khan on October 3 after drugs were discovered at a cruise party he was attending. He has reportedly been transferred to a special barrack and is being monitored by officials. Authorities previously revealed that Aryan's parents sent him a money order for Rs 4500 to cover his canteen expenses. According to reports, he is not yet permitted to eat food from home.

Aryan stated in his bail application that he was "innocent" and "falsely implicated in the current crime," and concluded that he has "deep roots in society and will not tamper with investigation or abscond." In its response to the bail application, the NCB claimed that evidence gathered during the investigation revealed that accused No. 1 (Aryan Khan) was involved in the illegal procurement and distribution of contraband. According to the NCB, Aryan obtained contraband from Accused No. 2 (Arbaaz Merchant), from whom 6 grammes of Charas were recovered. Aryan Khan was also in contact with people who appeared to be part of an international drug network, according to the investigating agency.

During a recent counselling session with officials, including NCB's zonal director Sameer Wankhede and social workers, Aryan stated that after his release, he will work for "social and financial uplift of the poor and downtrodden" and will never do anything that could bring him negative publicity, an agency official told PTI.

1 months ago LMAO..Child??? At 18 a person is considered adult. Indian constitution allows a person to vote at the age of 18..Also, how could they (read those people involved in drugs trade and their accomplices/conduits/complicits) do i.e. destroy the life, of others' (read common man's) children?

1 months ago "Who are these people? Where do they come from?" Meme would work perfectly with this Bollywood people. Just coz he's son of the SRK every one is sympathetic towards him varna they wouldn't even bother a bit...

1 months ago if things are looked up and down by self reflecting than law and order would be in limbo. Arman kohli who has been in jail for longer time and from same fraterntiy no one has shown any support to him wonder why? isn't he someone's son, brother, uncle.? this victim card mentatliy is killing judiciaries and law and order in India.

1 months ago the child discussed here is 26 years old according to official documents.........if he is a child I am a toddler

WanderingNoggin 1 months ago A child... what a joke! BW is so full of dim-witted ppl, can't expect them to have backbone even.

+ 4
1 months ago U are tweeting this only as he is aryan sharukh khan ,else u would not even care so stop this fake caring and all 😣