View Profile
Sanjay Dutt will be seen in a completely different look from what he has been sporting, all thanks celebrity stylist Aalim who has given him a complete makeover for Dhilin Mehta's 'Luck'. 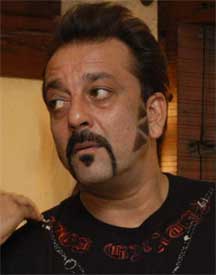 Featured Video
Directed by Soham Shah, the entire team leaves today for a 10 day schedule to Capetown from where they'll proceed to Bangkok for the next schedule.


Says Sanju baba, "Soham is a very talented director and he has a very creative outlook. We both sat and discussed the look and I'm very happy that Aalim has styled me exactly as we envisioned."


Says Aalim, the man behind the look, "This is one of Sanju's most daring and dashing looks! It's a very different side lock with 3 triangles opposite each other. Sanju can carry off anything larger than life… his aura is really huge! He is looking really cool and sexy and will set a new trend with his facial hair!"


The captain of the ship, Soham has the last word, "I wanted a look for Sanju sir which he had never worn before. I designed a couple of looks on photoshop and Sanju suggested a particular style. Aalim took it to a different level with his international styling experience. Sanju sir is the only actor who can carry this style as he has an attitude that no one has. He is the best and has a larger than life screen image."


The Action sequences by Allan Amin are the highlight of the film.