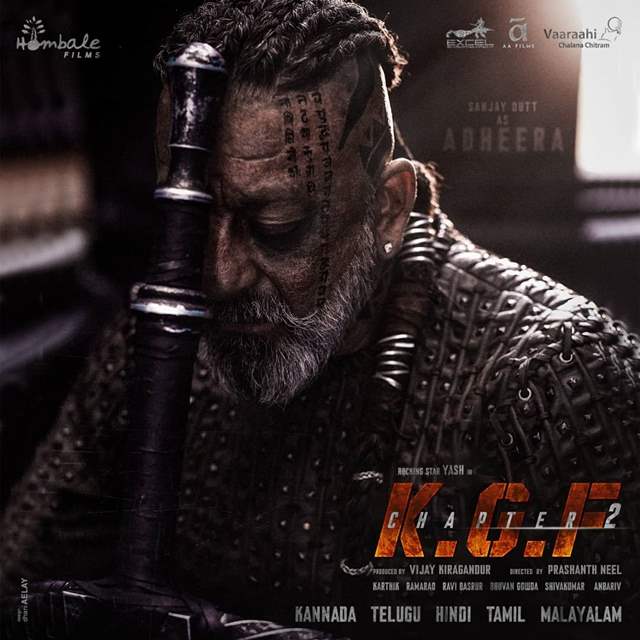 Always making his presence felt on screen, and lighting up each frame, Sanjay Dutt has undoubtedly carved his own niche in the industry. Be it the role of an antagonist or the protagonist, the actor has always given out his best performance.

Recently, the much awaited teaser of his film, "KGF: Chapter 2" was released, which saw Sanjay Dutt in a very fierce look. His character, 'Adheera', became the talk of the town in no time. With powerful action scenes to intense dramatical sequences, Sanjay Dutt as 'Adheera' will be sight to behold.

Talking about the same, the actor reveals,

It is after a long time that such a role was offered to me, I got pumped and excited for it. The character is strong and charged me up to play the role, it was an immediate yes from me!

Apart from 'KGF: Chapter 2', Sanjay Dutt will also be seen in 'Bhuj: The Pride Of India,  'Shamshera' and 'Toolsidas Junior'. All of his films, will see him in a different light in a very short span of time, speaking volumes about the actor's versatility and dedication to his art.