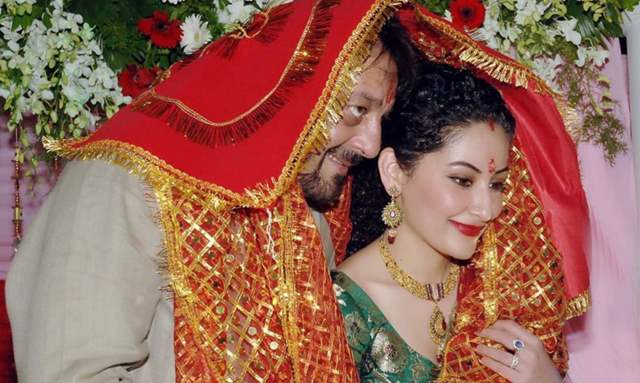 Bollywood’s most adorable couple Sanjay Dutt and Maanayata Dutt have completed 13 years of togetherness ever since they tied the knot in 2008. The couple has stood strong by each other’s side through all the highs and lows of life.

On the occasion of their wedding anniversary, Sanjay and Maanayata wished each other with romantic messages. The actor took to his official social media handle to share a stunning picture with his darling wife and penned a sweet note as he wrote, “11.02.2008. Loved you then. Love you even more now @maanayata Happy anniversary.”

Maanayata too had the most heartwarming wish for her husband Sanjay Dutt. She shared an unseen picture from their wedding day, but her note totally won over our hearts. “Another year of fully accepting the dark and the light within each other...another year of holding on together......happy anniversary to my best grip in this world ? #love #grace #positivity #dutts #throwback #beautifullife #thankyougod” she wrote.

Sanjay Dutt has experienced a topsy turvy road in his life, right from facing jail term to battling cancer and coming out successfully from the deadly disease. His wife Maanayata has been a pillar of strength for the actor and the family through all testing times.