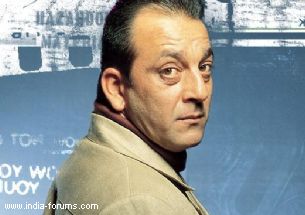 Actor Sanjay Dutt Saturday left for Pune's Yerwada Jail after his parole, which was granted on the grounds of his wife Maanyata's health, came to an end.

He left from his Bandra residence, accompanied by his friend Bunty Walia, Saturday afternoon.

Sanjay was released from Yerwada jail on one-month parole Dec 21, 2013 as he had to tend to his ailing wife Maanyata.. The parole was extended by a month till Feb 21 and then again till March 21.

The actor's 37-year-old wife Maanyata was hospitalised in January after she complained of lung complications.

Sanjay, 53, is serving the remaining 42 months of his sentence for illegal possession of arms in a case related to the 1993 serial blasts, in which over 250 people were killed and several hundred wounded.