View Profile
We all know that now a days, Bollywood celebs are comfortable doing the stunts themselves be the macho Akshay Kumar or Marvelous Hrithik Roshan. Following the trend Samir Dattani is also trying his hands on stunts in his movie ï¿½Dhoom Dhadakaï¿½ 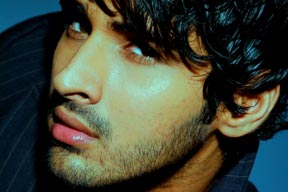 Recently Samir was shooting a title song in Bangkok. The concept was that Samir had to jump on roller skates and for shooting the same Director Shashi Ranjan had hired some stunt double in place of Sammir. Also seen were some Thai dancers for some cool hand strands.
On this the Lover boy says, ï¿½When I heard about this I insisted on doing the jump myself on the roller blades my director Shashi Ranjan got jitters, he didn't want to take any chances for one shot because any kind of injury would hamper our entire schedule."

Again he said, ï¿½We started taking the shot and to everyone's surprise got it smoothly in one take. There was a sigh of relief on the sets and everyone started clapping for me. It's only then I revealed the truth and my choreographer Pony Verma .Later added few shots on roller skating after hearing my experience