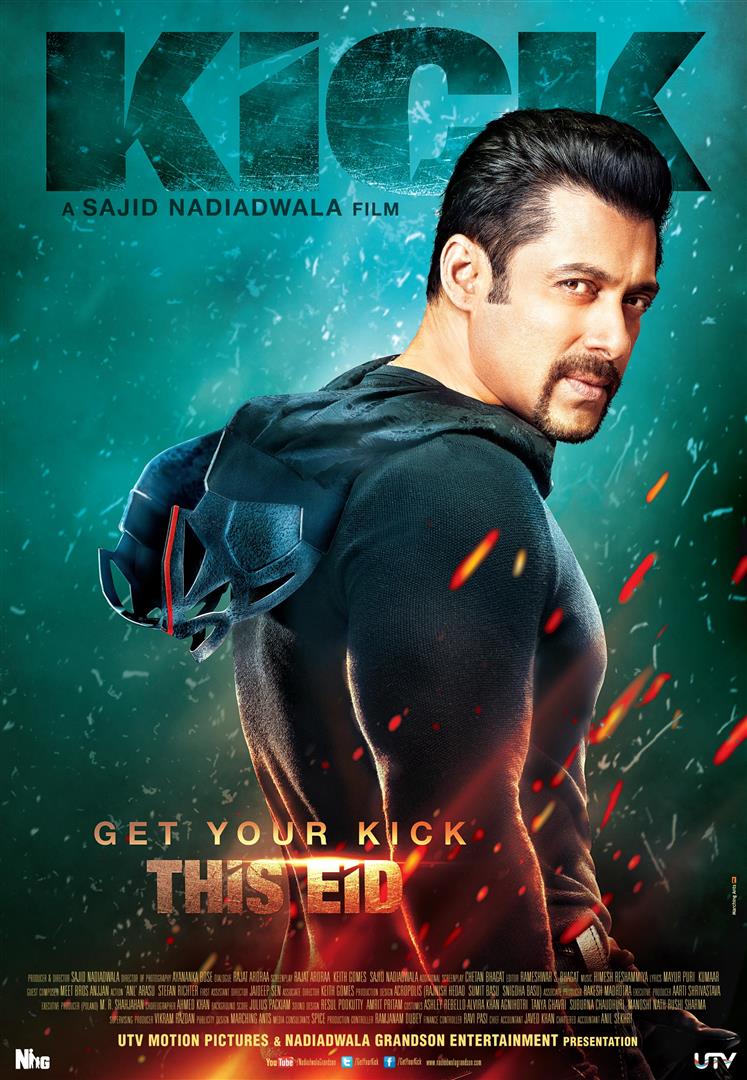 Khan is back with another action-packed entertainer 'Kick'. The brand new poster of this much-awaited movie has been released, giving the audience a sneak peek of the actor's look in the film. The actor is seen sporting a French beard and looking irresistible in his all new Devil avatar.

The poster was launched with a unique digital innovation, where the makers hid three posters in three different locations across the country. Fans were given the link to a Google Map, and were asked to tweet using #KickTrailerOn15. With each tweet, the map zoomed in slightly to finally reveal each location, the lucky fans that were the first to reach got to look at & keep the poster of Kick, before the rest of the world had even seen it! The activity was a resounding success, the hashtag was trending throughout the day and there were almost 15,000 tweets around it.

With excitement at its peak & the trailer of the movie all set to release at a mega event in Gaiety, Bandra, this movie has already set new heights for anticipation & excitement. After this super fun digital heist innovation, we're looking forward to a lot more exciting things from this movie!

Jacqueline Fernandez to celebrate Diwali in the lap of Himachal ...