Known for his macho image, Salman Khan is back with a full-on actioner with 'Wanted - Dead or Alive' releasing Friday. The actor promises 'mind-blowing' fight sequences in the thriller directed by ace choreographer Prabhudheva. 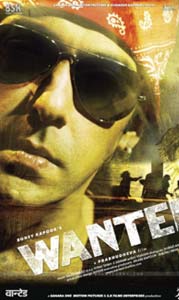 Featured Video
is a lot of action in the film and it is going to be mind-blowing. Mind you, it has all been done by me and not by a body double,' Salman had said about 'Wanted'.


'We haven't even used the usual cable work that much; so it's been very difficult and I even pulled a hamstring during one of the running sequences that took three months to heal. But it has all been worth the effort,' the 43-year-old actor said.


The film about gang wars and crime in the city is Salman's return to an all-out action flick five years after his 'Garv - Pride And Honor'.


Distributed by Sahara One Motion Pictures and Surinder Kapoor, 'Wanted' has been produced by Boney Kapoor. It is the Bollywood debut-directorial venture of choreographer Prabhudheva, who had made the film in Tamil earlier.


'Wanted' has a good mix of romance, comedy, music, songs and, obviously, action. The film caters to all kinds of audiences but I won't call it a commercial potboiler. It is much more than that,' Kapoor said.


The producer has called the movie his 'most ambitious film' till date. Prabhudheva too is anxious about his Bollywood entry as a filmmaker.


'I'm nervous, I'm opening my account in Mumbai with this one and I'm quite anxious about the film's fate. I'll only breathe easy after it has been declared a success,' he has said.


Also starring Ayesha Takia Azmi in the lead, 'Wanted' is a remake of the 2006 Telugu film 'Pokiri', directed by Puri Jagannadh. It was later remade in Tamil with the same name by Prabhudheva.


'Wanted' is the story about Radhe (Salman), an arrogant hitman who works for Gani Bhai, the dreaded mafioso, on his own terms. Fearless in nature, Radhe single-handedly eliminates Gani Bhai's enemies, making more enemies in the process.


A story about gang wars, where everybody wants the biggest piece of Mumbai by eliminating whoever gets in the way, it takes a turn when police commissioner Ashraf Khan vows to make the city crime-free and starts his campaign by arresting 200 criminals in a single day.


In a surprising twist, Radhe becomes the most wanted man in the list. The gangster wants him dead because he knows too much and he is wanted alive by the police because they want to know what he knows.


Apart from action, the film also marks Salman's return as a singer after a decade. He has sung the 'Most Wanted Track' for the thriller. He last crooned a 'tapori' hit 'Chandi ki daal par' in 'Hello Brother' in 1999.


Industry insiders are pinning their hopes on 'Wanted' to break the dry spell at the box office due to average footfalls courtesy gap-fillers and Ramzan. 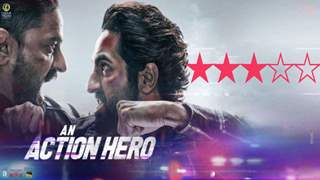