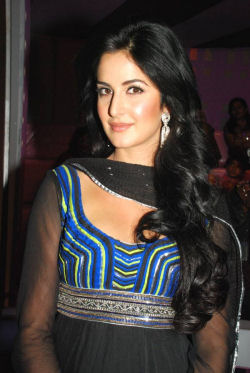 Katrina Kaif had to wait till 6 am in order to perform her act. The actress was angry as Salman Khan delayed her shooting and made her wait for so long.


The incident took place at Yash Raj studio where Kat was to pre-record her act while Salman, who was to shoot at the same studio around 1 in the morning, entered the studio and insisted on shooting first.


The news states that Salman had not rehearsed his act and his costume wasn't ready either, but still he was firm on his decision, to everyone's shock. All the people present at the shoot thought that he came to see Kat's performance when he, in reality wanted to be done with his shoot first and wrap everything in one take.


As the crew wasn't ready for Salman's act yet, from his song to his clothes and his dancers, they had to be called in.


In the meantime, Kat was asked to wait till Salman concluded his act. The buzzer claims that Kat was there before him and lost her cool because of this incident. The only solution for the actress was to wait.


Like this wasn't enough to test her patience, Kat was further asked to wait for Shahid Kapoor's shot. Finally after the long wait, Kat ended up at 6 in the morning. As a result, the actress had to wait for a whole day before enacting her part.
10 Likes

Mohit Malik Reveals that he cannot wait to start shooting!