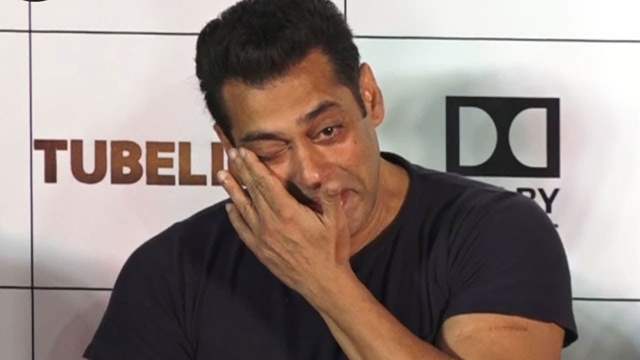 Salman Khan and his complete family has been in a shock after the sudden demise of his nephew Abdullah Khan who left for heavenly abode at the young age of 38. Recently, the superstar took to his social media to mourn the death of his dear nephew who was close to his heart.

Abdullah was very close to Salman Khan and the complete Khan Khandaan and his demise has left all the members of Khan family grieving.

Now, reports say that Salman Khan is very upset because he won't be able to attend Abdullah's funeral. Due to the lockdown imposed by the Government post the outbreak of Coronavirus, Salman won't be able to travel to Indore where the funeral will take place.

Salman Khan's manager Jordy Patel revealed to Bombay Times, "Salman is at his farmhouse in Panvel and because of the nationwide lockdown, he won’t be able to travel. The funeral will be held in Indore, which is Abdullah’s hometown. Salman will visit the family later."

Post his demise, Salman took to Instagram to share a picture with him and wrote, "Will always love you...". Salman's close friend Iulia Vantur too mourned Abdullah's death on social media by sharing his picture and saying, "As u said “we fall, we break, we fail but then we rise, we heal, we overcome” @aaba81 u left too soon."

Earlier, it was Salman Khan's father Salim Khan who spoke about Abdullah's death. He was quoted saying, "Abdullah mere nephew ka beta tha. I am glad that in the times of a lockdown also, all the paperwork went smoothly. Abdullah was staying in Mumbai, and was very close to all of us."

Boney Kapoor disappointed about 'Maidaan' and 'RRR' clash at the ...