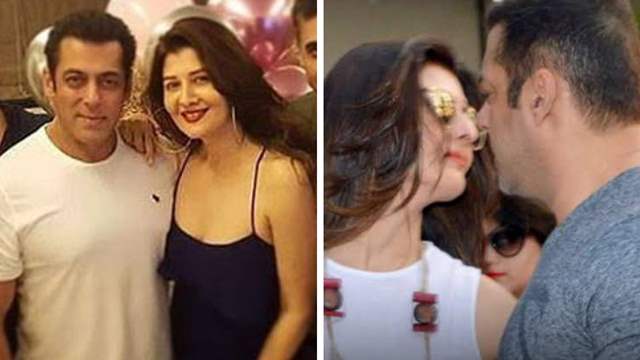 Bollywood superstar Salman Khan and Sangeeta Bijlani were in a relationship and dated for almost a decade. The duo had even planned to get married and all wedding preparations were also underway when things didn’t work out between the couple.

Sangeeta then ended up marrying cricketer Mohammed Azharuddin, however, she shares a cordial relationship with Salman Khan, and is often seen with him at parties and other celebrations.

Talking about how she has managed to remain in touch with Salman over the years, she told a leading daily:

“Connections don’t break. Connections never go away. The love between your partners, school friends never go away. People will come and go. Nobody will be permanent in life. That does not mean you feel bitter or angry. At one point you evolve. There was a point in time of my life where I was childish and stupid, but I am a grown up now. Life is full of experiences.”

Earlier during Koffee with Karan, Salman Khan had opened up about his wedding plans with Sangeeta and said:

“There was a time that I really wanted to get married and then it just didn’t work out. I have always come so close. People have got cold feet. ‘Theek hai, boyfriend, isko zindagi bhar jhelna padega kya (They think I am a good boyfriend but it’s difficult to tolerate me for the rest of their lives).’ With Sangeeta, even the cards and all were printed.”

On the work front, Sangeeta Bijlani had made her Bollywood debut in 1987 with Qatil, opposite Aditya Pancholi. She was then seen in films such as Tridev, Hathyar, and Jurm. Sangeeta even told the leading daily that she is eyeing a comeback, and would want to work in a web series that can appeal to her.