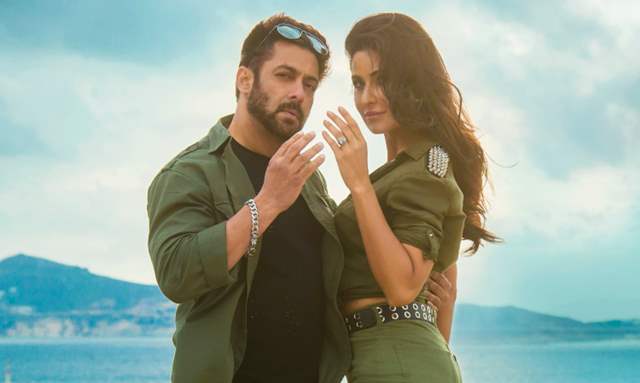 Superstars Salman Khan and Katrina Kaif have resumed shooting for Tiger 3 and we hear they are up for a physically challenging shoot that will push their bodies to the limit. Salman and Kat are some of the biggest on-screen jodis in the history of Indian cinema and Tiger 3 will reinvent them and present them in their fittest best ever!

Earlier this week, the Dabangg actor shared a glimpse of his intense workout session for Tiger 3. Commenting about the same, a source said, “Salman teased his physique in Tiger 3 on his social media and it is evident that he is building the best body that he has ever showcased on screen.”

The source continued, “Katrina, on the other hand, has been keeping an extremely low profile with hardly any revelation of how good she is looking currently. There’s a reason for this also. She has worked like a beast to be at her fittest best and people will have to wait to see her fittest best on-screen when Tiger 3 is set to release!” informs a trade source.

Salman Khan will reprise his titular role as a RAW agent and Katrina Kaif will be seen as his wife and ISI agent, Zoya.

The espionage thriller is all set for its 3rd instalment that went on floors today. The makers have also been strict, in terms of security owing to the excitement around the film.

Talking about the same, the source added,

“The new schedule of Tiger 3 has started today in Yash Raj Films Studios. It is a closely guarded set and one can expect no picture to leak from here. Salman and Katrina’s fitness will be tested in this schedule as well as the extensive overseas schedule that is set to start from mid-August.”

Looks like Salman and Katrina are set for some breath-taking action sequences.

“It will be intense for these two actors because director Maneesh Sharma has planned some jaw-dropping and hugely risky action sequences that will truly test their overall fitness levels when they start their overseas schedule. Of course, Salman and Katrina are game for it and ready for any challenges to be thrown at them. It will be a fun schedule.”

The third instalment of the Tiger franchise has also seen a new addition to the cast and as reported earlier, Emraan Hashmi will be seen playing the antagonist in the film.

Helmed by the Band Baaja Baaraat director Maneesh Sharma, the film is likely to roll around a cat-and-mouse chase between Indian and Pakistani intelligence agencies.

10 days ago Boring news, no one is interested in this series anymore

10 days ago I hope this film fails miserably.