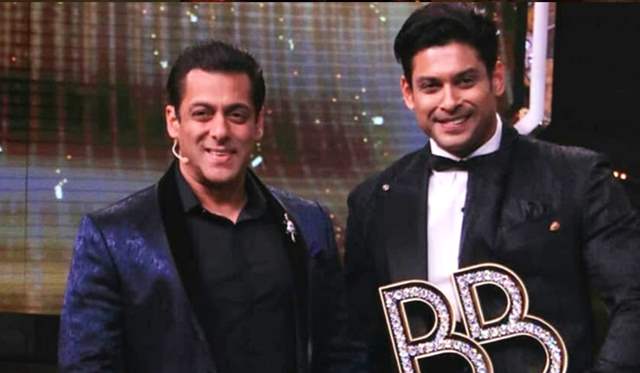 It might have only been a few hours as of now but everyone continues to be shook by the tragedy of a news that arrived in the form of actor Sidharth Shukla passing away. It was indeed sudden as the actor passed away due to a cardiac arrest.

While everyone indeed is shocked and trying to fathom it, an array of celebrities right from the small screen to the big screen have gone on to post their condolences for him. And it is no surprise that actor Salman Khan went to post about the same too, where Khan expressed his shock and gave his condolences to the family. His post read, "Gone too soon Siddharth.. u shall be missed. Condolences to the family .. RIP"-

It is no secret why Salman Khan's post is indeed noteworthy as the actor continues to be the host of Bigg Boss. Now having hosted 10 seasons of the show and set to host the 15th one as well, his camaraderie with Sidharth in the 13th season was indeed palpable. Sidharth was one of the prime reasons for the 13th season to be one of the most successful ones in the show's history where he went on to win the same.

We hope his soul rests in peace.