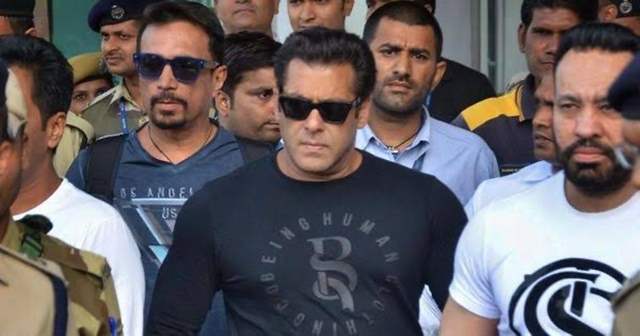 The Jodhpur court, on Tuesday, granted Bollywood actor Salman Khan exemption from marking attendance in the court in the Blackbuck hunting and Arms Act case.

The actor was supposed to mark his presence in the court on Tuesday, however, Salman's advocate submitted a plea requesting exemption from attending the court, citing fear of Covid-19 spread.

The plea was duly accepted by the court and the next hearing on this matter will be held on January 16, 2020, Khan’s lawyer Hastimal Saraswat told IANS.

Khan’s advocate Hastimal Saraswat submitted a petition in the court stating that the respondent resides in Mumbai and due to the fear of Covid-19 infection, travelling to Jodhpur would be dangerous for the actor. Saraswat submitted the application and requested an exemption from attending the hearing. The court accepted Khan’s plea and ordered the actor to appear in the court on the said date.

Salman Khan is fighting a legal battle after he was sentenced to five years in jail in April 2018 in connection to the black poaching case. He had then challenged the judgment in the District and Sessions Court and sought suspension of sentence. Later, he was granted bail by the court.

Besides Khan, the co-accused in the case, actors Saif Ali Khan, Tabu, Sonali Bendre and Neelam were acquitted by the trial court citing benefit of doubt. Meanwhile, the state government has challenged their acquittal in the upper court.