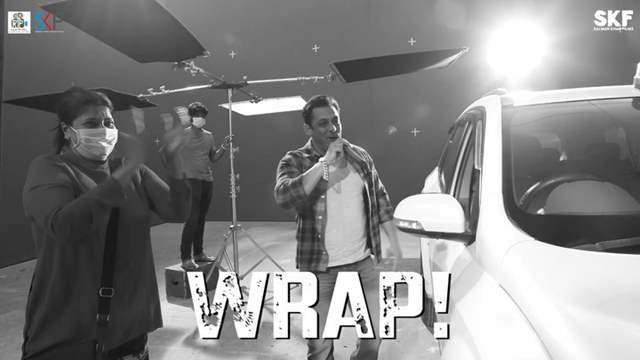 Salman Khan and the team Radhe:Your Most Wanted Bhai resumed shooting after a gap of six months for their final schedule with extreme precautions in place to ensure the safety of entire cast and crew. Salman Khan had also shared a glimpse of his character from the film and the production had also recently given a sneak peek to the audience into behind the scene activities from the finals schedule.

A song was picturized at the Aamby Valley and Mehboob studios where they completed the remaining patch work. The 15-20 days film schedule was to go on till the month end, but the film has wrapped up well ahead of the schedule.

In a latest video, Salman Khan can be seen announcing a wrap for shooting of Radhe and thanking everyone. The clip ends with the text 'Coming Soon', which has upped the excitement around the film.