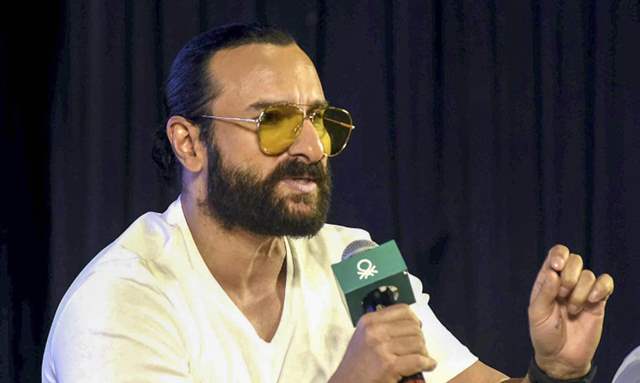 Saif Ali Khan is one of the most gifted actors Bollywood has received. In a career span of more than 2 decades, he has done it all adding new dimensions to his filmography, Saif has made his mark in the industry. The 50-year-old actor surprised the fans by announcing the release of his autobiography.

The actor is currently in Dharamshala shooting for his upcoming film Bhoot Police. In a shocking turn of events, Saif decided to back out of his book deal and said that he is having second thoughts about his autobiography.

Saif recently appeared on Jacqueline Fernandez and Amanda Cerny’s new podcast and revealed why he has been having second thoughts about publishing his autobiography. The Jawaani Jaaneman actor said that he is not prepared for the abuse that he will receive for being honest with his story.

He further added that he has not even told his publishers yet and here is a section of the audience that is so negative in India that he doesn’t want to share his life and talk about things. Saif also mentioned that he might do it or he might back out.

Earlier, in his interview with Times of India Saif confirmed his autobiography and revealed that it is yet untitled and it will be out next year. He also shared that documenting the events of his life was ‘quite a selfish endeavor’ and hoped that others find it to be a good read.