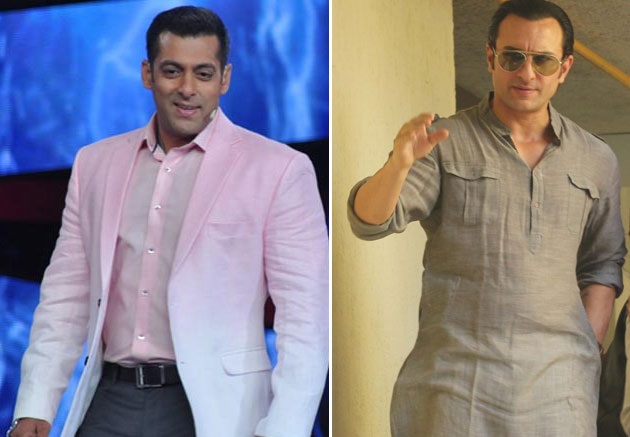 Sometimes actors get very choosy in selecting their movies. At few instances the script does not convince them or they get uncomfortable with their to-be co-actors or maybe the box office numbers scare them. Something similar happened with the Junior Nawab.
After giving a series of flops like 'Bullett Raja', 'Humshakals' and 'Happy Ending' that didn't make good money and failed to create an impression on the box office, Saif has got a bit concerned now. At a media interaction he had said that he has become extremely choosy while selecting scripts after looking at these movies.
So, is this the sole reason for Saif to turn down Salman Khan's film? Well, there's something more to the story. The actor as well has date issues, that's why along with rejecting the latter's film he also denied to be a part of Vipul Shah's project.
According to a leading daily, a source close to the actor was quoted saying, "Saif was approached for a Salman Khan production and another film that Vipul Shah is making. He has said no to both since he wants to concentrate just on Vishal Bhardwaj's 'Rangoon'. He is being choosy and biding his time because his image has taken a bit of a beating with back-to-back flops. He loved the concepts of both films and the dates are currently being sorted out. At the moment, he is keen on starting Rangoon." [sic]