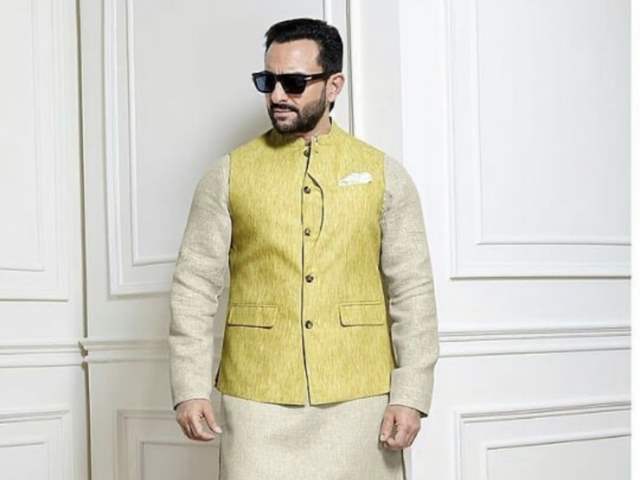 Saif Ali Khan discussed his acting career and the pressures of upholding his parents' "legacy." The actor was most recently seen in the Disney+ Hotstar film Bhoot Police, as well as the Amazon Prime Video series Tandav.

In an interview, Saif stated that he approached the film industry in a unique way, perhaps going against what was considered the norm at the time.

In an interview with Indian Express, he said of his famous parents, actor Sharmila Tagore and legendary cricketer Mansoor Ali Khan Pataudi,

My parents were superstars, but they didn't act like that.And it's very easy to take yourself too seriously, whether it's because you have a swarm of bodyguards or because you have that vibe. You can't hold it against someone who doesn't know any better. You don't have to become enamoured with success.

He also discussed Pataudi's "legacy," saying that the most important thing for any actor to do when entering the industry is to "survive" rather than "be laughed at."

You don't want people abusing you or throwing chappals at you at Gaiety Galaxy,that is not why you entered the film industry. I didn't have the same mental approach as my peers. Some were reigning superstars, while others have been superstars since their first film. My success or the audience's liking of me has been a mirror reaction to my mental state. Because of my upbringing and education, I have a very international perspective on things. And a Westernised anglicised approach is diametrically opposed to a Hindi film hero. They're not very manly. They have a gentle demeanour. It was an entirely different standard. That didn't sit well with me.

+ 7
2 months ago Lol Saif is the only one taking himself too seriously.