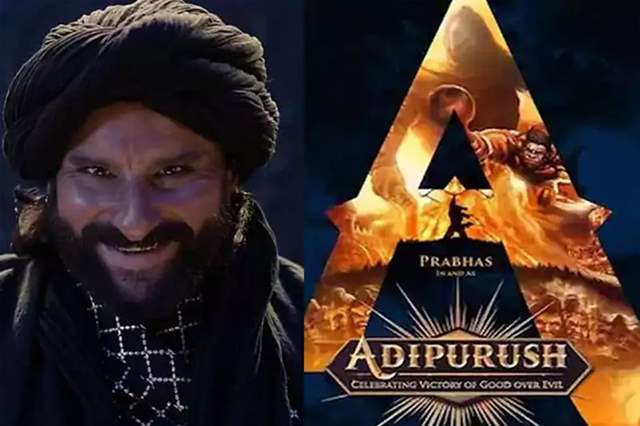 Actor Saif Ali Khan has been rather vocal about his views and opinions on several things, especially when it comes to religion and politics.

Recently, he was in news yet again for her comments about playing Lankesh in upcoming mega film, Adipurush.

This happened after he stated that the movie will be making an attempt to justify his abduction of Sita and his war with Lord Ram. His statement didn’t go down well with a section of the society and he was criticized for his statement. And now, as per a recent update, a case has been filed against Saif and director Om Raut in this regard. An advocate has filed a plea in the court of Additional Chief Judicial Magistrate (ACJM) in Uttar Pradesh’s Jaunpur district. According to the petition, the plaintiff has deep faith in 'Sanatan Dharma'. It further mentioned that the plaintiff has alleged that Saif’s statement depicts a negative portrayal of faith in Sanatan Dharma and has hurt the religious sentiments claimed the petitioner.

According to media reports, the case will be heard on December 23 this year. Meanwhile, Saif has already apologised for his statement. "I’ve been made aware that one of my statements during an interview, has caused controversy and hurt people’s sentiments. This was never my intention or meant that way. I would like to sincerely apologise to everybody and withdraw my statement. Lord Ram has always been the symbol of Righteousness & Heroism for me. Adipurush is about celebrating the victory of good over evil and the entire team is working together to present the epic without any distortions," Ali Khan said.

2 months ago Yeah sure! Must have got an earful from the producers.